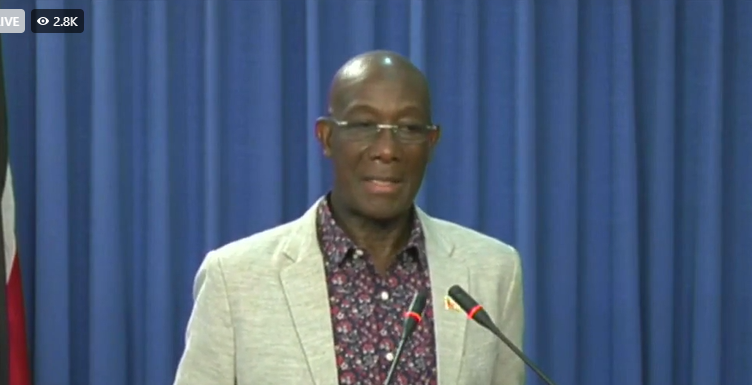 Restaurants and bars have gotten a major reprieve.

They can now return to full service come November 1st, meaning that they can sell alcohol on premises along with their in-house dining and service for vaccinated patrons only. The rule will also apply to casinos as well.

The announcement was made on Saturday afternoon, during the Prime Minister’s media briefing at the Diplomatic Centre in St Ann’s.

Religious services were granted an extension on their time and now have services for 90 minutes.

Rowley put public servants on notice, and stated that from November, staff will be called back out to work in an organised way and hopefully most, if not all, should be back on duty by the end of November.

Other changes announced by the PM include the return to normal service for the Tobago Air Service.
He said Caribbean Airlines (CAL) can return to normal capacity from next week, or as soon as CAL can put this in place.

Gatherings in public places will be increased from five to 10 persons, but the health protocols such as wearing masks, must be observed.

Rowley also noted that public indoor events at venues such as Queen’s Hall, NAPA & SAPA will be at 50% capacity.

However, when asked by media about beaches and team sports, Rowley said these will remain closed for now, but could be lifted soon — although he did not state a specific date.