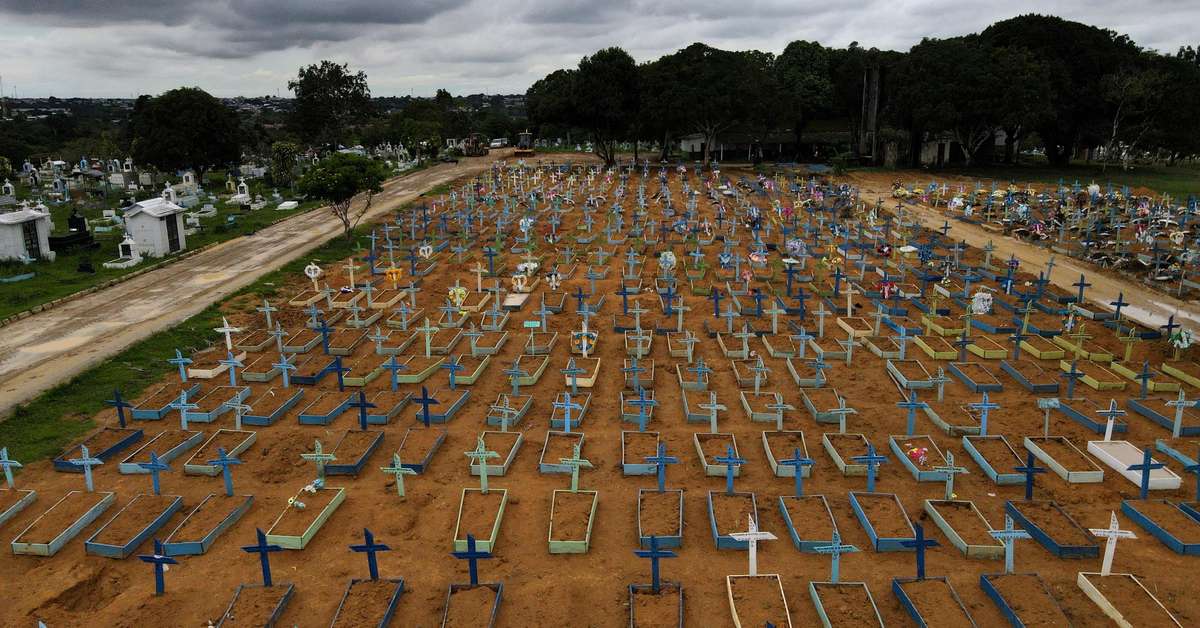 This Friday, Brazil registered 1,800 new deaths due to the covid-19, the second highest daily rate since the beginning of the pandemic, and reached a total of 262,770 fatal victims of the disease, according to the Ministry of Health.

The number of this Friday exceeds that of the previous day, when 1,699 deaths were verified (until then the second highest figure for a single day), and is below only the 1,910 deaths recorded last Wednesday.

As a result, the 14-day moving average of notifications of deaths by covid-19 in Brazil breaks a new record, jumping to 1,290, according to government data.

Going through its worst moment in the epidemic, with a new wave of contamination, deaths and overburdened health systems, Brazil also accounted for this Friday, 75,495 new cases of coronavirus, which brings the total number of infections in the country to 10,869,227.

The brand is also the second largest for a single day since the beginning of the pandemic, being below only that registered on January 7, of 87,843 contaminations.

The total number of deaths caused by the new coronavirus reached 262,948, according to data collected by the consortium from the state health departments. The consortium, which is formed by the Estadão, G1, O Globo, Extra, Folha and UOL, computed 370 deaths in São Paulo, 172 in Minas and 167 in Rio Grande do Sul, states that lead the absolute statistics.

Brazil is the second country with the highest number of deaths from coronavirus in the world, behind only the United States, and the third in cases, below the USA and India.

The World Health Organization (WHO) described the situation of covid-19 in Brazil, aggravated by the advance of the new variant initially detected in Manaus, as very worrying. The entity’s main emergency specialist, Mike Ryan, said on Friday that “this is not the time for Brazil or any other place to relax”.

Brazilian state most affected by the disease in absolute numbers, Sao Paulo reached the mark of 2,093,924 cases and 61,064 deaths.

The São Paulo State Health Secretary, Jean Gorinchteyn, compared the situation of the pandemic to a war. “We are in the biggest pandemic crisis in our country, with a large number of deaths per day. This is unacceptable, we have to contain the speed of expansion of the pandemic in our midst,” he said at a news conference.

According to figures from the Ministry of Health, Minas Gerais is the second state with the highest number of infections by the coronavirus, with 908,869 cases, but Rio de Janeiro is the second with the most deaths, accounting for 33,607 deaths.

According to the government, Brazil still has 9,671,410 people recovered from covid-19 and 935,047 patients being monitored.

Social Programmes in Jamaica Not Working 0