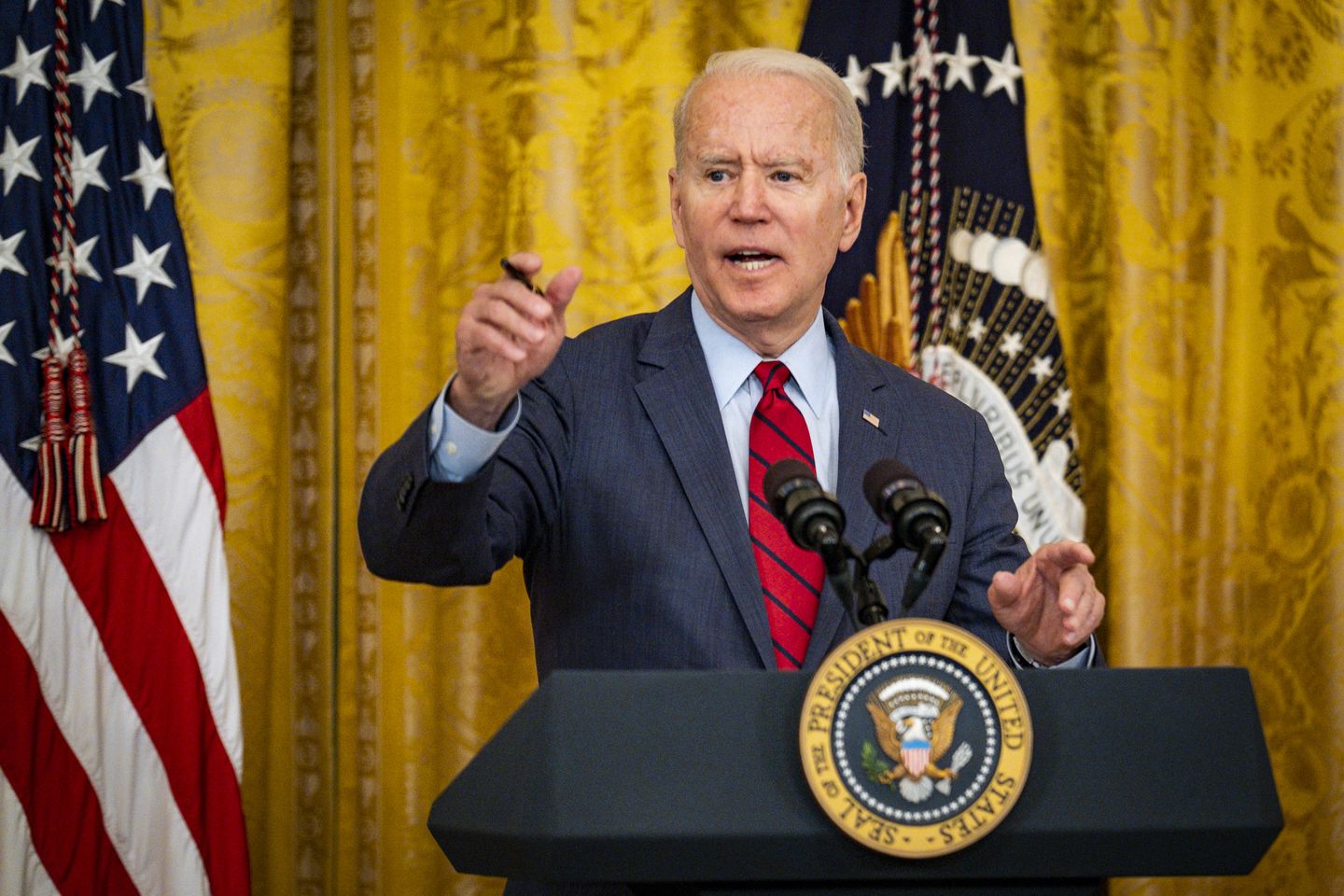 Biden Vows to Evacuate Thousands of Afghans Who Helped US

The State Department and the Pentagon are working on plans to evacuate thousands of Afghan citizens who worked for the United States during the 20-year war in Afghanistan, Pentagon spokesman John Kirby confirmed Thursday at a news conference.

“We are taking this seriously,” said Kirby, a retired rear admiral in the Navy. “We know we have an obligation to these men and their families.”

More than 17,000 Afghan citizens who worked with the U.S. and allied forces during the war in Afghanistan are eligible for resettlement in the United States under the Special Immigrant Visa program, along with more than 50,000 of their spouses and children.

The SIV process is notoriously slow, with the average wait time stretching over three years. Kirby declined to say exactly how many of the 17,000 would be evacuated.

Observers fear that the Sept. 11 deadline for withdrawing U.S. forces from Afghanistan puts the lives of America’s Afghan allies at risk of being targeted by the Taliban after the U.S. departure.

At least 50 of Afghanistan’s 370 districts have fallen to the Taliban since May, according to the United Nations.

At a Thursday news conference, Massachusetts Democratic Rep. Seth Moulton, who leads the congressional Honoring Our Promises Working Group that advocates resettlement of all Afghan allies, called news of the White House’s partial evacuation plan “a good day,” but also underscored that “it is far from the final chapter” for the issue.

“There is much more work ahead of us,” said Moulton, a retired Marine. Others at the news conference called the administration plan insufficient.

The SIV process is “fundamentally broken” and “is not now and has never been acceptable,” said retired Air Force Staff Sgt. Kristen Babicki, who served in Iraq and Afghanistan.

She called for the White House to conduct an emergency evacuation of all Afghan allies directly to the United States.

At the news conference, Moulton, in partnership with nonprofits Human Rights First and the Lutheran Immigration and Refugee Service, presented a detailed plan to evacuate the Afghans before U.S. forces withdraw.

Under the proposal, the U.S. government would airlift all Afghan allies to Guam, a U.S. territory, where they would await processing of their SIVs.

Kirby said the plan would be “to facilitate their departure from Afghanistan to another location so that they can complete the SIV process.” However, he declined to speculate on what that location would be.

“Whether that leads to all of them or some of them coming to the United States, we just don’t know,” he said.

According to Human Rights First’s evacuateourallies.org website, “Guam’s part in this plan is critical” because, as a U.S. territory, it “allows maximum flexibility for a coordinated evacuation.”

Del. Michael San Nicolas, D-Guam, is one of over a dozen members of Congress from both parties who have backed the plan.

There is a historical precedent for quickly evacuating large numbers of people to Guam.

The U.S. in 1975 evacuated about 130,000 Vietnamese refugees to Guam for screening before entering the mainland United States.

And in the 1990s, roughly 6,000 Iraqi Kurds and about 20,000 Kosovar Albanians were evacuated to Guam for U.S. visa processing, according to evacuateourallies.org.

“We cannot leave them alone there,” said Khalil Arab, a former Afghan interpreter and SIV recipient. “Every man and woman serving the U.S. government is in peril if we do not help them.”