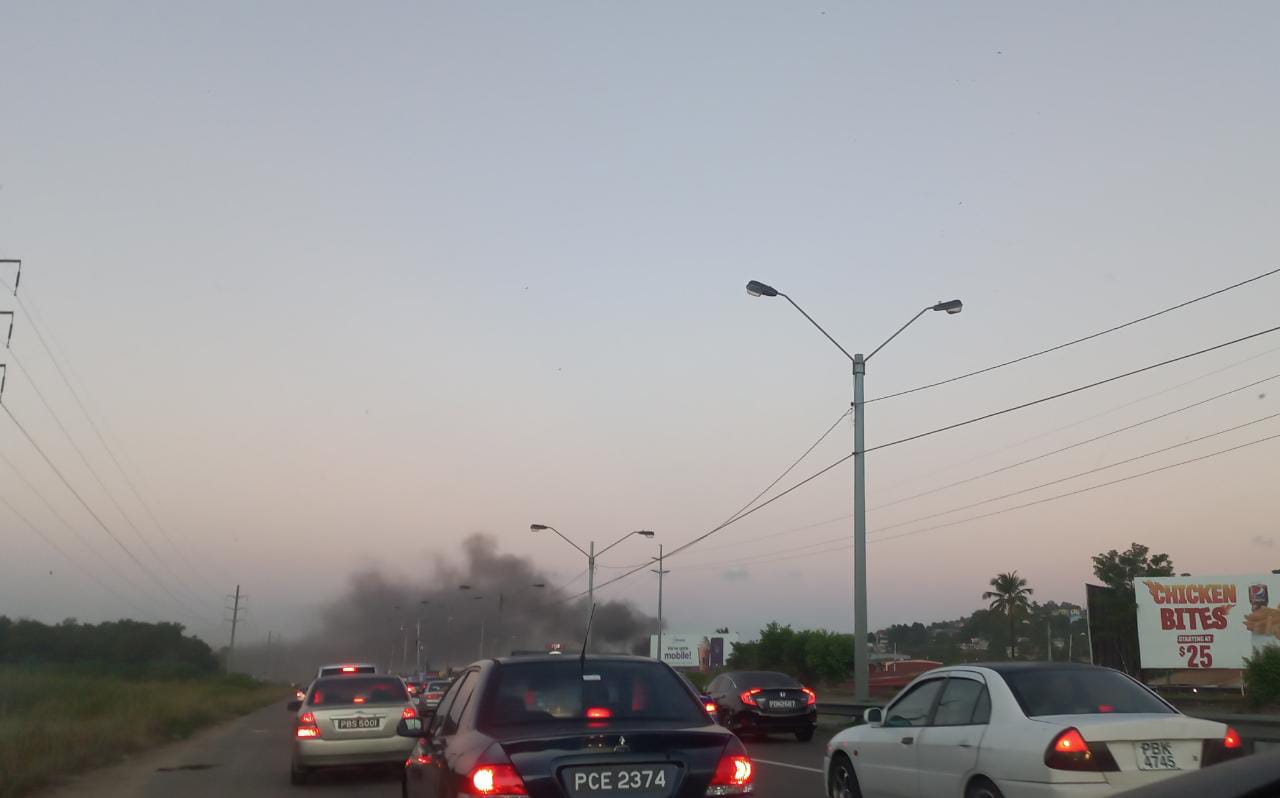 A massive traffic pile up and stand still traffic on the Beetham Highway left motorists frustrated early this morning.

Reports indicate that there was a three car accident coupled with protest action which led to long lines of traffic.

The accident included two SUVs and a B14 motorcar.

While the vehicles are still on the scene debris from the protest action taken by residents was removed clearing the West Bound Lane of the highway.

Riot police could be seen moving up the shoulder of the highway making their way to the scene of the protests.

It is not known at this time what led to the protest action by Beetham residents.