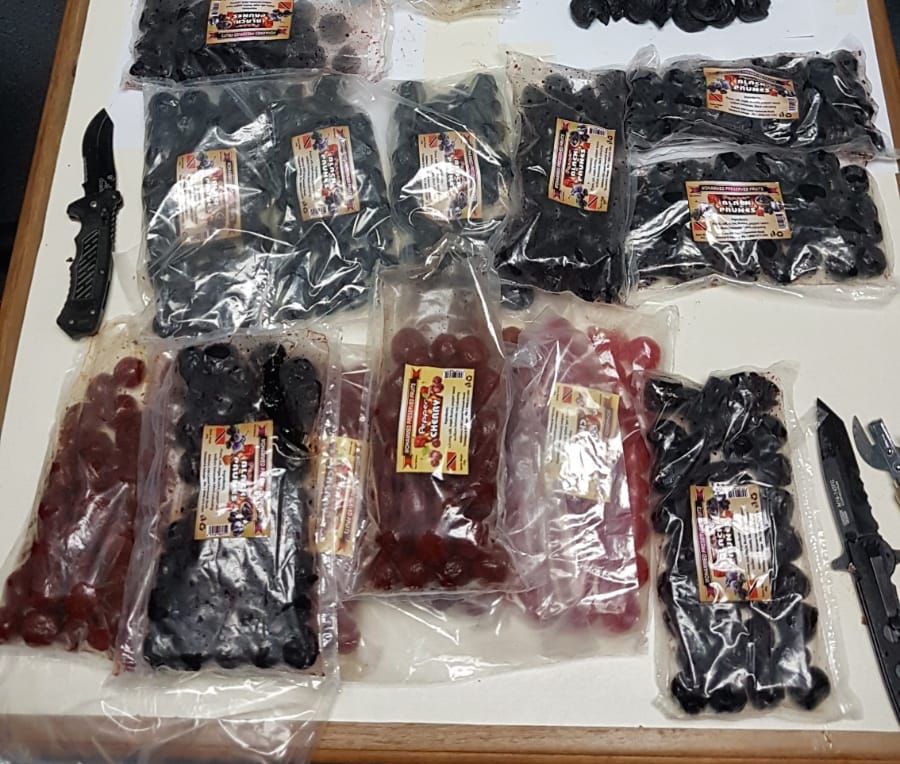 Prunes and cherries filled with cocaine found at TTPost Centre

Drug smugglers are very innovative and are now using prunes and cherries to hide their contraband.

A GML report has revealed that an estimated TT$.3 million in cocaine was found hidden in preserved fruits at the TTPost National Mail Centre in Piarco, yesterday.

The report said the package was dropped off at a TTPost centre in Valsayn a few days ago and made its way to the TTPost National Mail Centre, where yesterday, officers of the Customs and Excise Division examined the package, around 2:30 p.m.

The officers dissected the preserved prunes and cherries in the packets and found what appeared to be cocaine hidden inside.

The drugs were later weighed, and some 610 grams were discovered. The estimated street value was TT$374,000.

The drug shipment was said to be destined for the United States.
The news of this find comes just hours after cocaine was found at a Central warehouse in Couva on Monday night, and on the heels of the discovery of a large cache of arms and ammunition last Friday at the bond at the Piarco International Airport.

Loading...
Newer Post
Man Sentenced to 20 Years for Setting Fire to Home of Woman Who Rejected Him
Older Post
Over $1M Worth of Cocaine Washes Up on Florida Beach