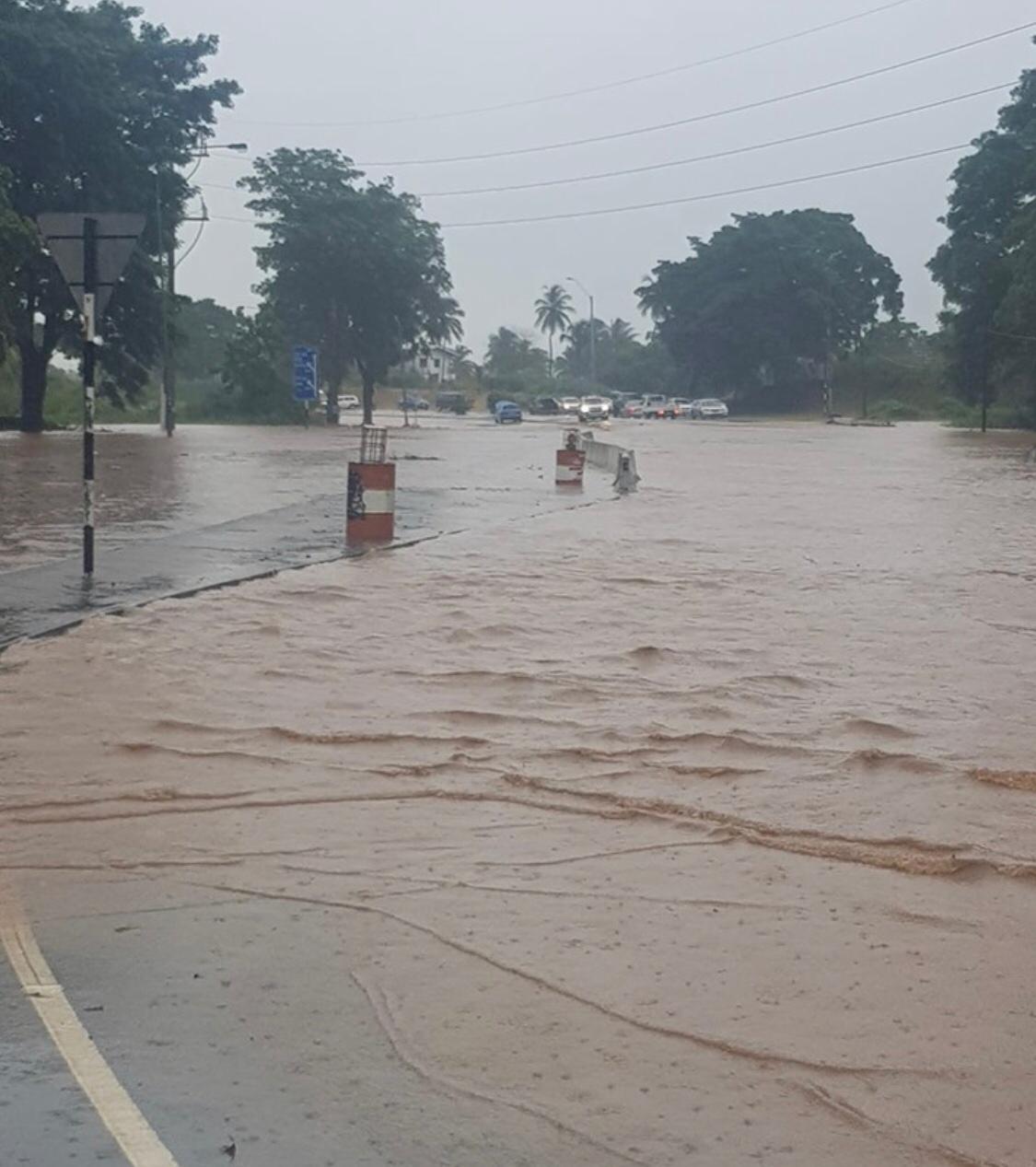 As Tropical Storm Karen continues along her path, multiple reports of flooding have been confirmed across Trinidad.

According to the ODPM below are some areas presently affected:

?Diego Martin – multiple communities including Bagatelle, along the Diego Martin Highway as well as the main road

?Carenage – West Haig Street and along the Western Main Road

? There are also reports of flooding in the Southern division namely South Park , Dibe vicinity of the Quik Shoppe and Embaccader.

⚡Power is reportedly down in Victoria Gardens, Diego Martin

? A fallen tree -has been reported at Radix cemetery, Mayaro

Due to heavy rainfall throughout Tobago, a number of landslides have occurred in the Moriah district.

Trees and power lines fell throughout division. Plymouth jetty is damaged and 6 boats are recorded to have sunk. No injuries.

Arouca and Tacarigua among the worst affected by flash flooding 0