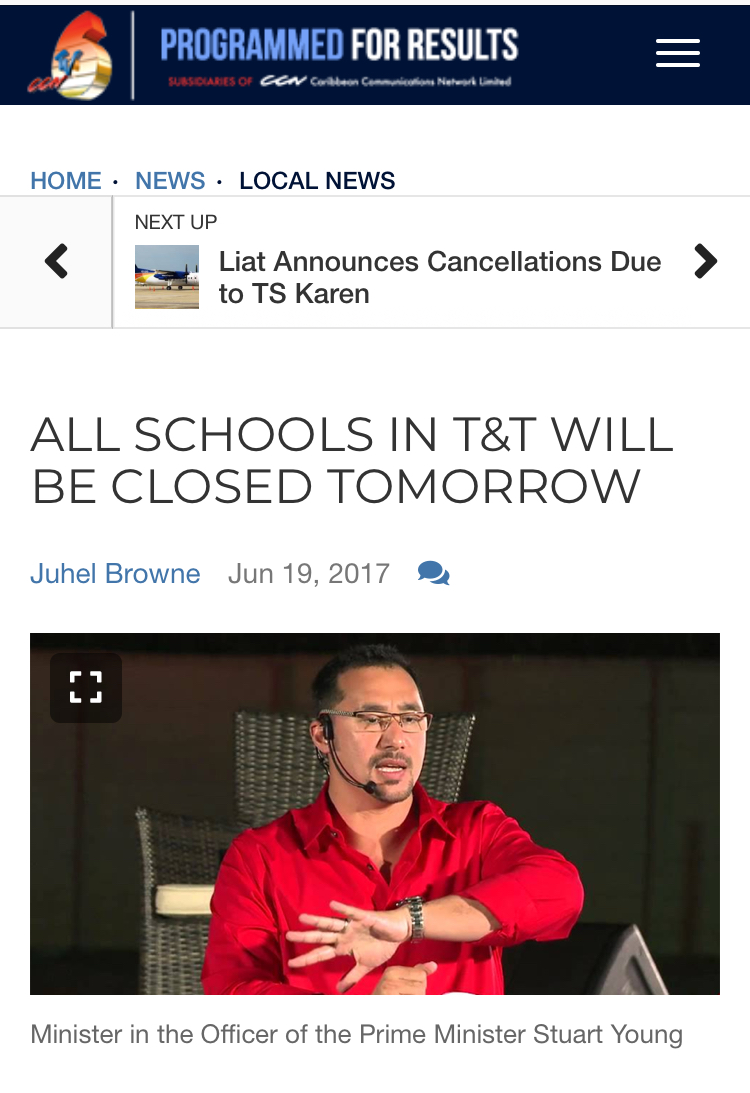 The Minister of Education, Anthony Garcia is today fuming over an old news story being circulated on social media; where it states a call made by the Ministry saying schools across the country will be closed as a result of Tropical Storm, Karen.

The article however isn’t dated from 2017 and reflects Tropical Storm, Bret.

Minister Garcia phoned the CCNTV6 newsroom then went live on television via phone interview to clear the air on information being circulated.

He wanted the nation to know that the Ministry did not issue a circular on there being “no school” from Monday 23rd September and advised citizens not to fall prey to both fake news as well dated news stories.