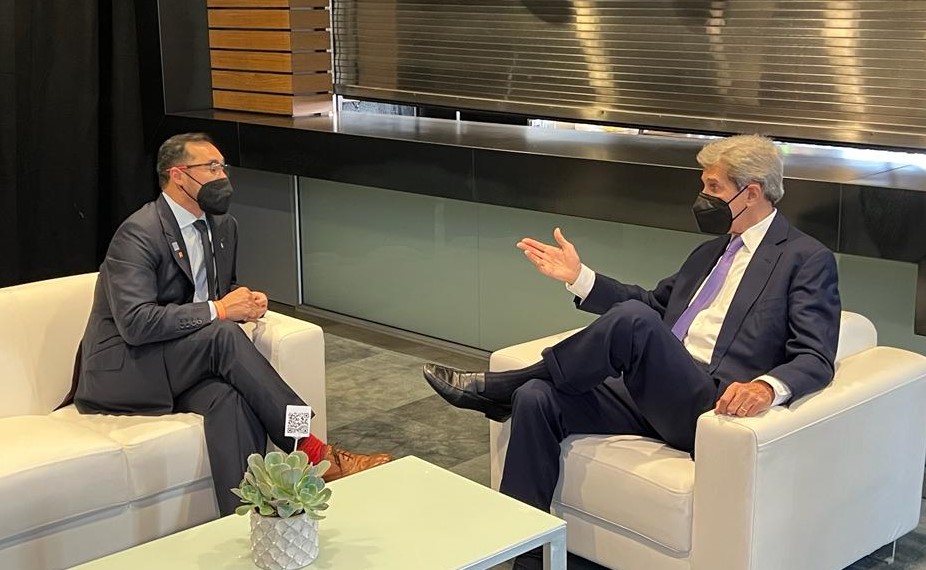 Trinidad and Tobago’s agreement to sign the Global Methane Pledge as well as this country’s plans to identify methane emissions and reduction were discussed when Minister of Energy and Energy Industries, Stuart Young, met with U.S. Special Presidential Envoy for Climate, John Kerry (former Secretary of State) in the US State of Los Angeles.

Minister Young is currently in Los Angeles as part of Prime Minister Dr Keith Rowley’s delegation attending the IX Summit of the Americas.

In a media release Thursday, the Energy Ministry said Minister Young also discussed plans to utilize renewable energy in this country’s electricity grid, starting with Project Lara and the 112.2 MW to be produced via solar and the intention to pursue more solar and studies being done to ascertain the feasibility of wind generated power.

The release said SPEC Kerry offered to have further discussion through his office with Minister Young and the Government of the Trinidad and Tobago to ascertain what help could be provided starting on the technical side.

CSEC, CAPE and CCSLC results are out 0