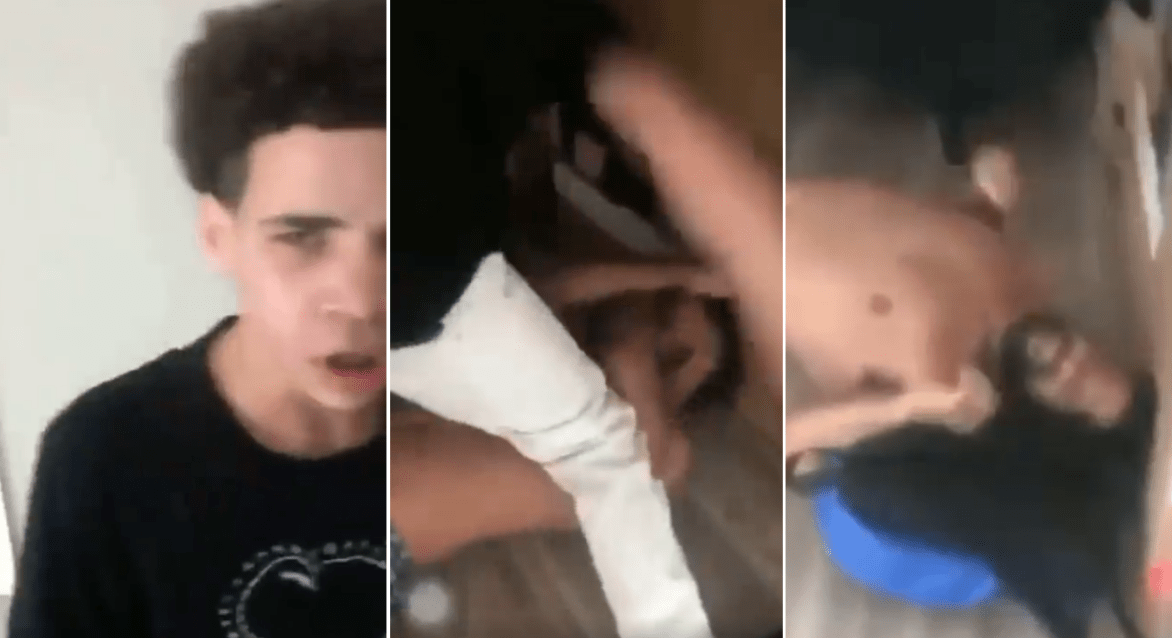 WATCH: Father Tries to Discipline His Son, Son Shoots Him on IG Live

A US man is in stable condition after being severely shot in the chest by one of his sons, in Jackson Mississippi.

It is also alleged that the son Live-streamed the shooting his father on Instagram live.

The graphic video was uploaded to Instagram, which showed the father arguing with his teenage son, and threatening to put hands on the teen. Some online commentary say that the argument sounded surprisingly similar to the one that gospel legend Kirk Franklin was having with his son Kerrion, which was leaked online.

The father’s other son, came into the room and shot his father twice in the chest. The two men then punched and kicked their fallen and immobilised after – after the gunshots debilitated him.

The young men’s mom interjected herself and subdued the fight, which she eventually called an ambulance to the scene.

The father is in stable condition and is recovering. In fact he’s doing so well that over the weekend, the dad allegedly “liked” a video that supported Kirk Franklin cursing out his son.

The son was taken into custody by police, it’s not clear whether the father plans on pressing charges against his son.