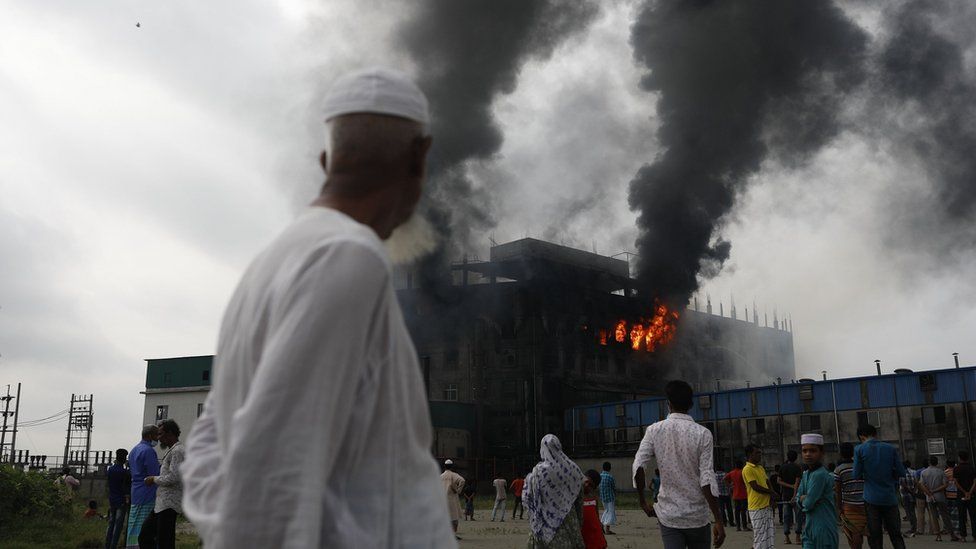 A factory fire in Bangladesh has killed 52 people and injured 30 others, emergency services have said.

The blaze broke out on Thursday night at Hashem Food and Beverage factory in Rupganj, an industrial town near the capital Dhaka.

Authorities told AP news agency the fire took hold because of chemicals and plastics stored inside the building.

A fire service official told the BBC that casualty numbers could rise as many workers were unaccounted for.

Before the incident, the six-storey factory manufactured fruit juices, noodles and sweet confectionary.

While many workers had left for the day when the fire started, it is believed that hundreds of people were still inside overnight.

Eyewitnesses said many workers were injured after they jumped from the factory’s upper floors.

Authorities told AP that people had been unable to flee because a door leading to stairs to the roof had been padlocked.

It’s the latest in a series of fires to erupt around Bangladesh in recent years, killing hundreds of people.

The government has pledged reforms since an apartment fire in 2013 killed more than 1,100 people. But critics say that safety standards are still lax.

Public Servants must get vaxxed – Beaches to open from Monday 0