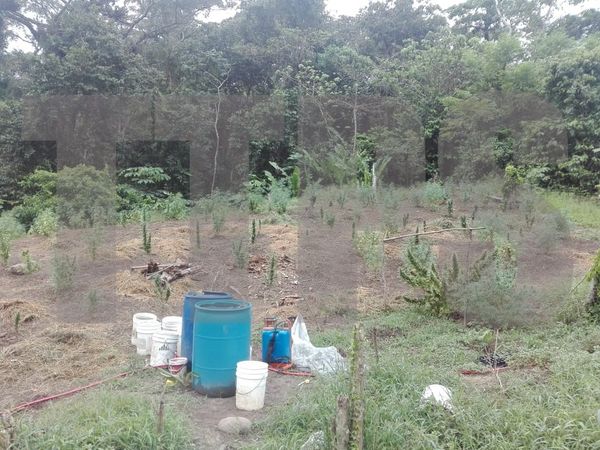 $12 Million Worth of Marijuana destroyed in Moruga

An eradication exercise was conducted by the police at Figarie Trace, Basse Terre, Moruga, yesterday, which resulted in the discovery of two marijuana fields on five lots of land.

The fields were located after officers made a one-mile trek into the forested area. The lots comprised of two camps, two seedling beds, 1,200 fully-grown marijuana trees, and 12.5 kilogrammes of cured marijuana with an estimated street value of $12,218,000, all of which were subsequently destroyed by the officers. One Uzi magazine was also found at the site. No one was arrested.

The exercise, which took place between 7 am and 1 pm was supervised by Ag Insp Conliffe and co-ordinated by Sgt Mc Donald. It also included Ag Cpl Seelalsingh, Cpls Bahadoor, and Forbes along with officers of the Special Investigations Unit (SIU), Southern Division Task Force (SDTF), and Air Support Unit.