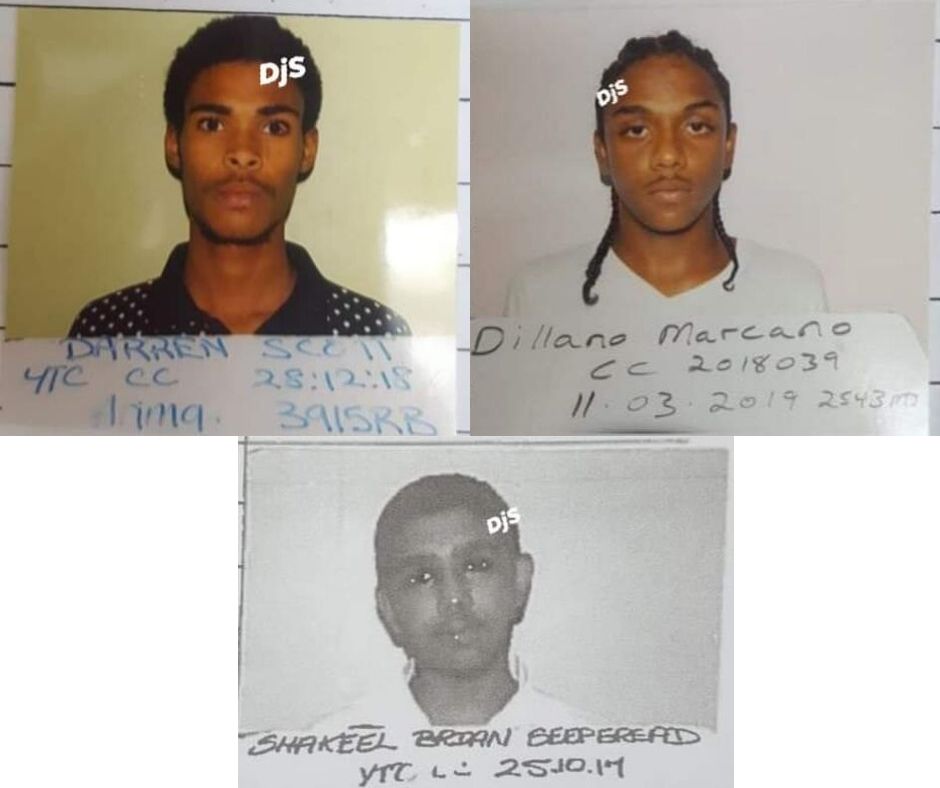 Prisons Commissioner Gerald Wilson said the five prisoners who escaped from the Youth Training Center (YTC) this morning used a hacksaw blade to set themselves free.

Wilson said negligence on the part of prison officers may have led to the boys having access to the tool. He said the tool is used in the workshops on the compound, and it is likely one of the teens would have taken it from a tool box.

Around 2:00am, the teens were discovered missing from the Success dormitory at YTC. They are:

They have all been charged for murder.

Members of the public are being asked to circulate the photos provided and to contact the nearest police station if they see the escapees, or have any information that will lead to their recapture. Anyone with information on the whereabouts of the escaped men can contact the police at 999, 911, 555, 800-TIPS or any police station or text/WhatsApp 482-GARY.