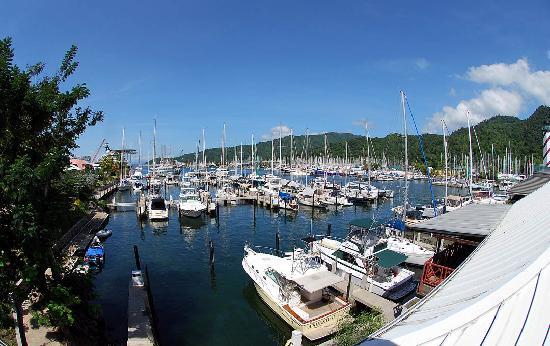 The Yacht Services Association of T&T (YSATT) says their sector is on the brink of collapse, and they are urgently seeking a meeting with National Security Stuart Young and Health Minister Terrence Deyalsingh, to discuss exemptions for foreign vessels, which would quarantine in TT waters and also bring in foreign exchange.

In a statement, the association said that persons arriving by sea will place no burden on the repatriation system, as arrivals can easily and effectively quarantine on their vessels out at sea. “This will not cost the taxpayer a single dollar as these cruisers are self-sufficient and, in fact, expect to pay their way.”

“Some of these crews have already been vaccinated. In following the safety protocols there is incredibly low risk of losing the progress made in combating the viral spread in this nation.”

The association thanked the Government for keeping TT safe from Covid-19, but lamented a lack of discussion with stakeholders on the next steps for the industry.

The association said that after meeting stakeholders, including the TT Coast Guard, Port Health, and the Chief Medical Officer, it has drafted proposals to allow arrivals strictly within covid19 regulations.

“Many potential customers to the industry are awaiting a clearly laid out plan from our Government as the upcoming hurricane season is approaching fast.”

The Association said Grenada and other islands have been open to boats and with health protocols in place have had no reported cases of Covid-19.

The marine and yacht services industry has not been allowed to open since borders closed last March. And, with nearly 2,000 workers depending on these maritime arrivals for their income, the association maintains that the industry is on the brink of collapse.

The Association recently stated that “Many island nations, such as Grenada, with much fewer resources, have been able to successfully welcome maritime arrivals safely without any imported cases of virus. This is a system of quarantine that is tried and true for centuries.”

About The Yacht Services Association of T&T (YSATT):
YSATT is the voice of the yachting industry in Trinidad and Tobago. With over 100 members, they represent the interests of the Yachting Industry including visiting yachtsmen, boatyards, marinas, yacht clubs, suppliers, contractors, hospitality services, tour operators, banks and other ancillary industries.

Most significantly, YSATT is the liaison between the Government of Trinidad and Tobago and the yacht services industry. It is a private non-profit industry organization established in 1994 by the boatyards and marinas within the Western Peninsular of Trinidad. The organization provides various services, including promotion of destination Trinidad and Tobago and the industry, information distribution (tourism and industry related), and acts as a mediator in conflicts between customers and suppliers.

YSATT manages over 25 moorings in the Chaguaramas Bay, as well as running a water taxi between the marinas; which has increased the convenience and security to the visitors of the Chaguaramas Bay. For all information required while in Trinidad, including contractor referrals, places to visit, local maps and general local knowledge, YSATT is your number one source. For those seeking information on neighboring islands, YSATT is also the home of the newly formed Caribbean Marine Association, which acts in the same manner as YSATT on a Caribbean regional level. YSATT is here to assist all visiting Superyacht Captains, and look forward to hearing from you.