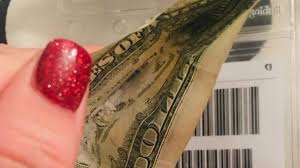 A professional makeup artist was stunned when she discovered what appeared to be cocaine inside a package she received from Sephora.

Christina Milano, 30, told the New York Post that she had ordered more than $250 worth of cosmetics from the beauty retailer to her home in Hoboken, New Jersey, earlier in October.

Inside the package, Milano, who works at a makeup store on the Upper East Side of Manhattan, found the items she had ordered, including foundation and false eyelashes.

But she also found a dollar bill “folded up very nicely” inside the shipment. Tucked inside the dollar bill was a “good amount” of a white powder that Milano identified as cocaine as well as a small piece of a plastic drinking straw with one end cut to 45 degrees, she told the Post.

Milano added that she thought the substance was cocaine because she has “seen it” and “been offered it” before.