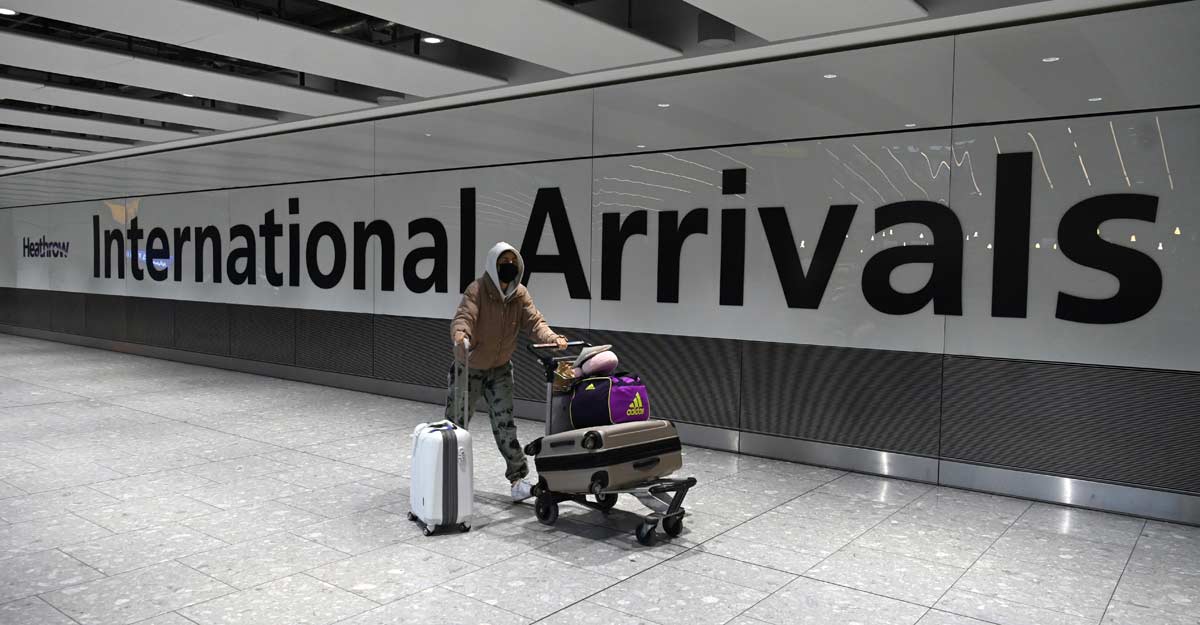 The US will restrict travel from South Africa and seven other southern African countries to try to contain a new coronavirus variant spreading there.

From Monday, only US citizens and residents will be allowed to travel from the region.

This follows a similar flight ban imposed by the EU and the UK. Canada is also introducing travel restrictions.

The World Health Organization (WHO) earlier declared the new variant to be “of concern”, naming it Omicron.

US officials said flights from South Africa, Botswana, Zimbabwe, Namibia, Lesotho, Eswatini, Mozambique and Malawi will be blocked, mirroring earlier moves taken by the EU. The ban will come into effect on Monday.

In a statement, President Joe Biden called the move a “precautionary measure” taken until more is known about the variant.

Canada is also shutting its borders to foreign travellers who have recently been to South Africa, Namibia, Lesotho, Botswana, Eswatini, Zimbabwe and Mozambique. Foreign citizens will be banned from Canada if they have been to the seven nations in the past 14 days.

The Omicron variant was first reported to the WHO from South Africa on 24 November, and has since been identified in other countries.

South Africa’s health ministry has criticised the rush to impose new travel restrictions, calling them “draconian”, and contrary to WHO guidance.

Scientists say they still have much to learn about the virus’s new mutations, and the WHO has said it will take a few weeks to understand the impact of the new variant, as experts work to determine how transmissible it is.

The WHO on Friday said preliminary evidence suggested the new variant carried a higher risk of reinfection than other variants.

Scientists have said it is the most heavily mutated version yet, which means Covid vaccines, which were designed using the original strain from Wuhan, China, may not be as effective.

The WHO says so far fewer than 100 sample sequences have been reported. Cases have mainly been confirmed in South Africa, but have also been detected in Hong Kong, Israel, Botswana and Belgium.

Most of the cases in South Africa have been from its most populated province, Gauteng, of which Johannesburg is the capital city.

Only about 24% of South Africa’s population is fully vaccinated, which could spur a rapid spread of cases there, Dr Mike Tildesley, a member of the Scientific Pandemic Influenza Modelling group (Spi-M), told the BBC on Friday.

The WHO has warned against countries hastily imposing travel restrictions, saying they should look to a “risk-based and scientific approach”.

Pregnant and breastfeeding? No Covid19 jabs for you! 0