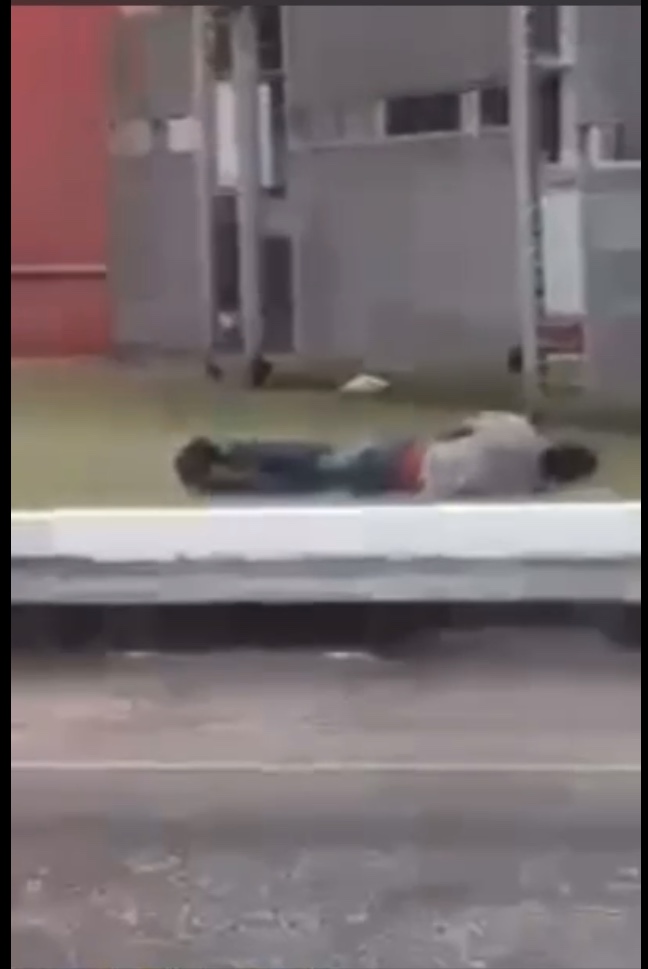 A 22-year-old man was involved in a shootout with officers of the Western Division this morning.

According to several reports, just after 9.10 am on Monday, police officers were responding to a report of an armed robbery and a possible kidnapping.

The officers noticed a vehicle with an occupant that matched the description given in the report.

The suspect’s car was left running and eventually crashed into a nearby culvert.

The suspect then attempted to flee the scene all while shooting at the police.

He was pursued, and the officers returned fire.

He was later held a short distance away after he collapsed on the roadway from a gunshot wound.

One firearm was seized.