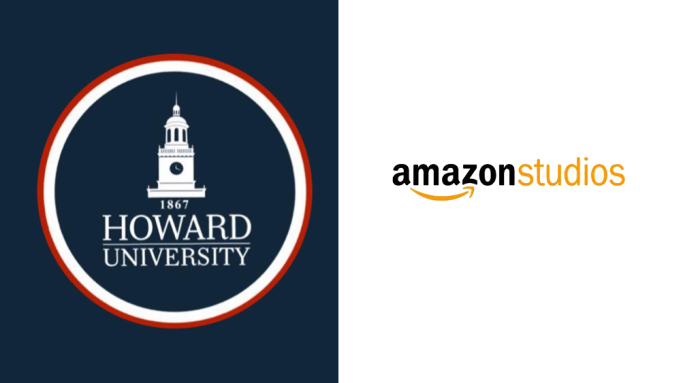 Amazon Studios has announced a partnership with Howard University on Friday, a move that will give students of the historically Black institution the opportunity to learn about the entertainment industry.

The program, called Howard Entertainment, will place students in Los Angeles for two semesters so they can learn how the entertainment world works, take courses within the field, and meet leaders within the industry. It is designed to give underrepresented students a path into the field and training alongside entertainment leaders.

“The vision of Howard Entertainment is to offer a one-of-a-kind experience for students interested in all aspects of entertainment, from project greenlighting to PR and marketing, to entertainment law and finance,” University President Wayne A.I. Frederick said in a statement. “With Howard’s proven track record of developing some of Hollywood’s most notable actors, comedians and musicians, this next-level collaboration will enable us to have an even greater impact.”

We are excited to announce the launch of Howard Entertainment in partnership with @AmazonStudios!

This new program will create a pipeline for OUR students to train alongside entertainment executives!

“We know that we have a void of Black and Brown people in the industry.” Latasha Gillespie, Amazon Studios’ Global Head of Diversity, Equity and Inclusion, told Complex. “If you’re going to go and start a program to help correct that void, why wouldn’t you go to a place where they have a history of producing Black and Brown talent.”

Madison Harris, a freshman studying television and film at Howard, hopes to participate in the program one day. “This is major for Howard’s film students in general because we need exposure to this type of creativity, and they’re going to teach us everything we need,” the 18-year-old said.

The program begins on January 2020.