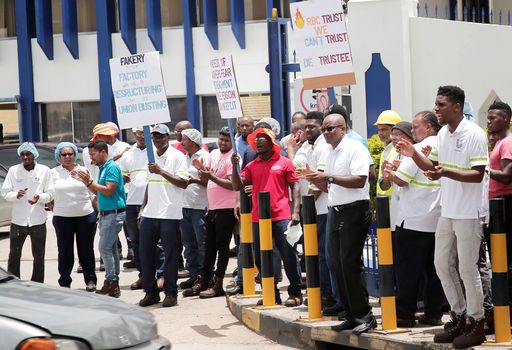 The Board of Directors said that as part of a restructuring of its local operations the company was forced to embarking on a retrenchment exercise.

Speaking with IzzSo Media this afternoon, Gajadhar-Inniss said that Oilfields Workers’ Trade Union is going to challenge the retrenchment done by the company.

Gajadhar-Inniss said the company activated the 45 day period for Severance and Benefit Act which ends on January 17, which requires employees to work their usual hours.