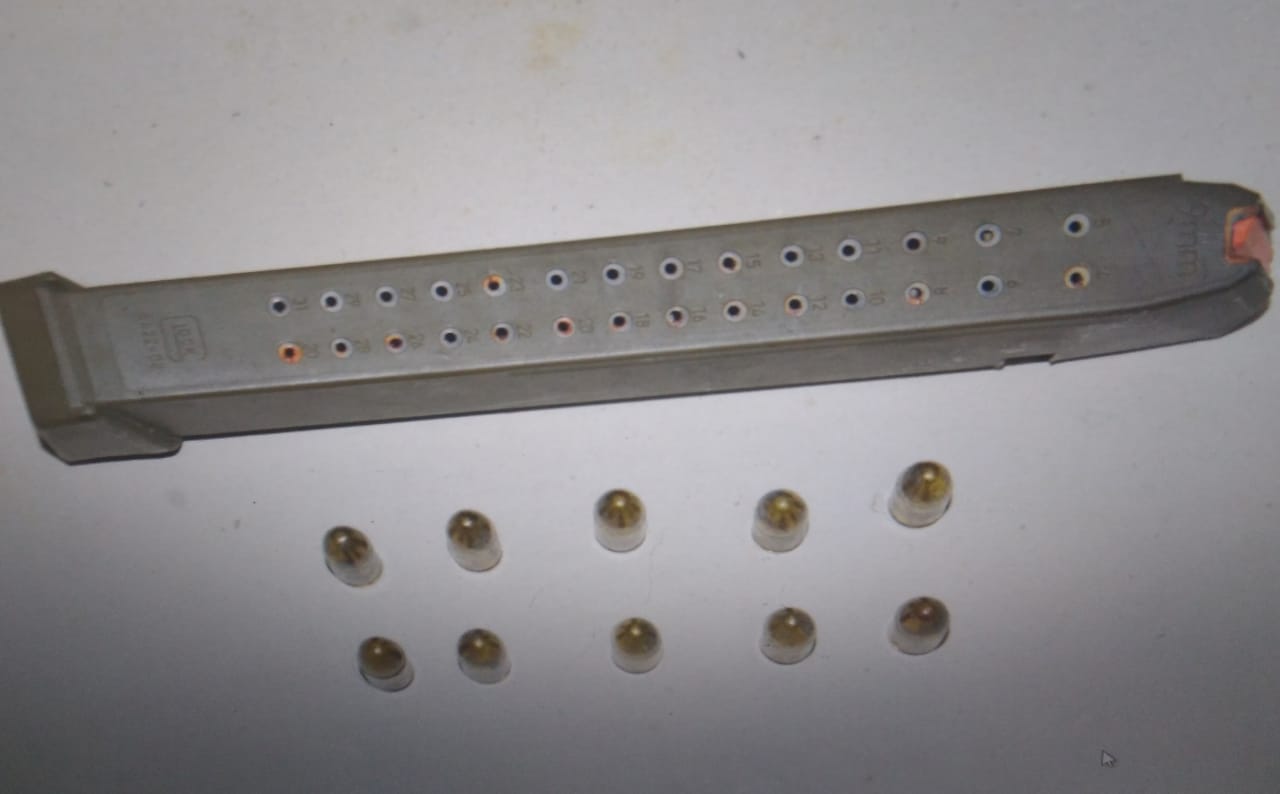 One man has been arrested for possession of a Glock magazine and ammunition in the Shirvan Road Police district.

On Saturday 13th February, 2021, during an anti-crime exercise, officers received information to be on the look-out for a black Mitsubishi Lancer.

The vehicle was reported to be proceeding along Allfields Trace, Lowlands.

The driver complied and the officers identified themselves and subsequently searched the vehicle.

During the search the officers discovered under the driver’s seat a brown and orange Glock magazine and 10 rounds of nine millimetre ammunition.

A 20-year-old man, of Argyle Village, Tobago has been arrested in connection with the discovery.