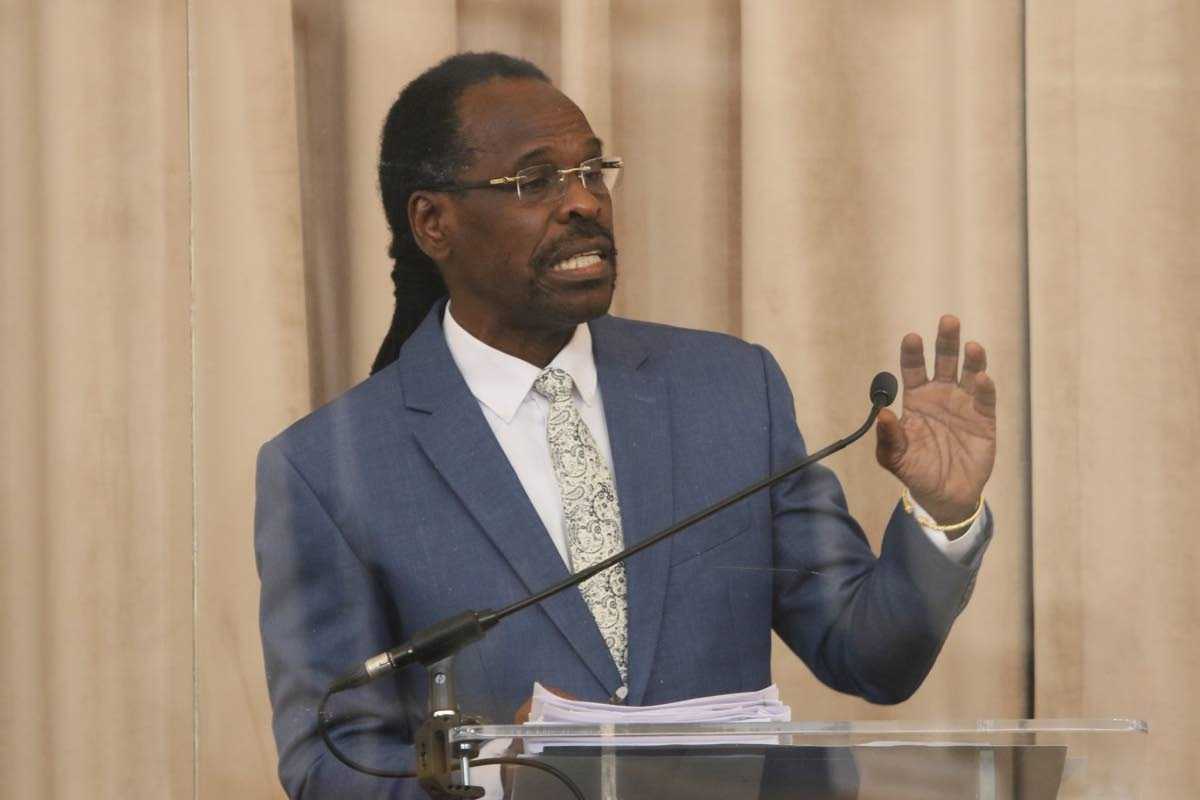 The Opposition United National Congress (UNC) has commended the Prime Minister for firing Stuart Young from his post as Minister of National Security.

However, the party via a release, said that Dr Keith Rowley’s choice of Fitzgerald Hinds as Young’s replacement is totally unacceptable and that even PNM stalwarts are denouncing it, calling for him to reverse his decision.

The UNC said “On top of Hinds’ years of demonstrated incompetence, the Prime Minister must explain to Trinidad and Tobago the many hateful, offensive and repugnant statements that remain fresh in the minds of the citizens whom Hinds has now been appointed to serve as Minister of National Security.”

“Prime Minister Rowley needs to explain how it is acceptable that, on a PNM platform at Mafeking Junction, Mayaro, Hinds addressed the crowd: “I said to my colleagues, as a younger parliamentarian then, I said the UNC is badly wounded. We need to finish them out. Kill them dead. I want you to understand that on November 28, you have the opportunity to drive a PNM balisier deep into the hearts of the wicked UNC vampires. Take a stake with a balisier on top and drive it deep within their heart and finish them off once and for all.”

Prime Minister Rowley needs to explain, at a public meeting at Piggott’s Corner, Belmont, how it is acceptable that Hinds referred to the UNC as “ugly” stating, “all dem alligators from the same murky lagoon”.

They said the PM also needs to explain how it was acceptable that whilst in the Senate Hinds heaped scorn on a citizen who shook hands with then Prime Minister Kamla Persad-Bissessar during her tour of flood ravaged areas. Hinds’ response was: “I saw an idiot little rasta boy kissing the Prime Minister’s palm. It made me sick. And if I had my way I would cut every dreadlock off him head! [Laughter] Every one! Madam Vice-President, an idiot boy; yes, a rude little dreadlock.”

Also, Prime Minister Rowley needs to explain Hinds’ more recent Facebook post: “Not even aware that I was in his focus, on exiting the Massy Foodstore, I entered my vehicle. I settled in and observed a body up to my window. Closer observation revealed a perhaps 30-year old, healthy-looking, muscular man. I looked for the piper in him and could not find it. He beckoned me to talk to him. I rolled down my glass window and he delivered! ‘Ah just asking for a lil $20 to buy something to eat!’ I immediately reflected on a previous occasion when another young man asked me for ‘ah lil $100’. I have given financial and other assistance many times in greater quantity, but I refused them both! Ah doh like the idea of young, apparently fit men begging! And ah doh like it more, when they tell me hummuch dey want! I reflected deeply on my new portfolio, took a deep breath; and drove away highly energized to do this critical work.”

The opposition said “If the Prime Minister stands by this appointment which offends all decent and right-thinking citizens — even persons in his own party are calling on him to revoke the assignment — we call on him to explain and justify the above utterances by Fitzgerald Hinds.”

The Opposition demands this accountability from the Prime Minister in the name of the people.