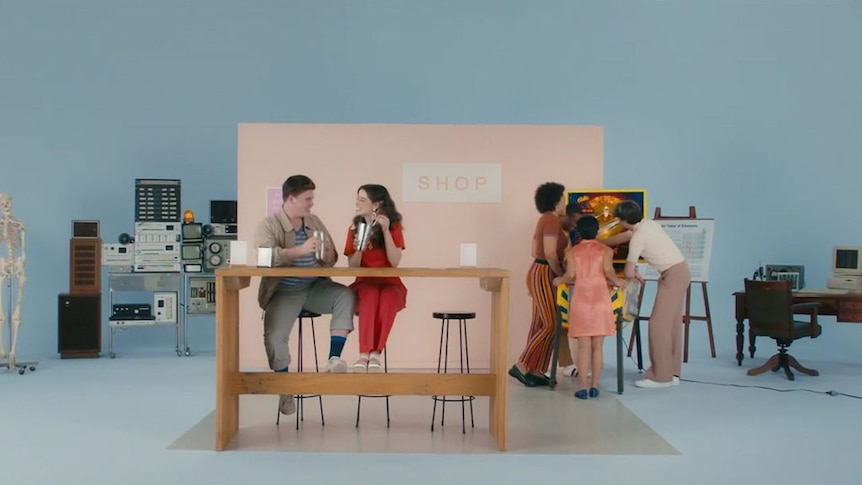 Victoria’s Education Minister James Merlino called for the federal government to pull all content featured on The Good Society website, which launched as part of the Department of Education’s Respect Matters program last week.

“I was pretty disappointed. It was confusing. It was cringeworthy. It just did not hit the mark,” he told reporters on Tuesday.

“The feedback I’ve heard from students is they’re confused about what it’s even trying to say. It’s a big fail and it’s not a resource that I’ll be recommending to Victorian schools,” said Merlino.

Watch the sex education video below:

Merlino, who is also the state’s acting premier, singled out one of the videos entitled ‘Moving the line’, which is designed to teach Year 10 to 12 students about consent.

In it, a young woman encourages her boyfriend to try her milkshake, before smearing it over his face without his permission, which has been taken to represent sexual assault or rape.

Other obscure scenarios in the videos include a man with a spear gun attempting to coerce his female partner to go for a swim despite her fear of sharks.

The sharks are intended to represent the risks of unprotected sex. In another, a man eats a taco in an apparent reference to sexual assault.

None of the videos use the words assault, rape or sex. NSW Education Minister Sarah Mitchell described the videos as “pretty woeful”.

“It’s a missed opportunity about an issue that’s really important,” she said.

“I don’t really see the benefit of a milkshake or taco metaphor. I think we should be a lot more upfront with young people when we talk about these issues.”

In a statement to announce the new website on April 14, federal Education Minister Alan Tudge said the new resources were developed in conjunction with Our Watch, the eSafety Commissioner, the Foundation for Young Australians and other groups.

However, Our Watch and the Foundation for Young Australians have distanced themselves from the project. FYA told AAP it had introduced to the government a young person in their network who “may have taken part in a confidential reference group process in 2017”.

But the organisation said it had not been asked to “review, use or endorse the materials subsequently”.

Our Watch said it was consulted between late 2017 and early 2019 when the materials were being developed and provided advice.

“We have not been asked to use or endorse the materials subsequently,” it said in a statement. Act for Kids, a charity that works to prevent and treat child abuse and neglect, has raised concerns about the videos in a letter to Mr Tudge last week.

Loading...
Newer Post
UNC wants PM to reverse his reassignment of Hinds as National Security Minister
Older Post
Increase in vaccinations on the sister isle – process likely to end second week in May