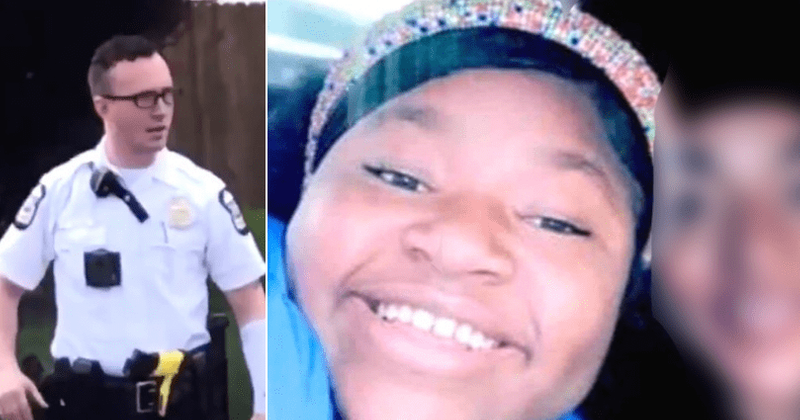 Ma’Khia Bryant is a 16-year-old girl who called the police for help and was shot and killed by them.

According to the local news, police received a 911 call about an attempted stabbing on Legion Lane, and law enforcement responded to the scene.

According to 10TV, Bryant’s family says the teen “called the police for help because girls were fighting outside her house.”

Columbus Mayor Andrew Ginther confirmed the girl had died. “This afternoon, a young woman tragically lost her life. We do not know all of the details. There is body-worn camera footage of the incident. We are working to review it as soon as possible. BCI is on the scene conducting an independent investigation,” he wrote on Twitter, “as they do with all CPD-involved shootings. We will share information that we can as soon as it becomes available. I’m asking for residents to remain calm and allow BCI to gather the facts.”

The officer who discharged his weapon “will be taken off the street,” according to Woods, who added that, “Decisions based about policy will come with conclusion of the criminal investigation.” He also said officers are permitted to use deadly force to protect themselves or a third party, but stressed that the investigation in this incident needs to be completed before making any determinations.

A woman, who was identified as Hazel Bryant, said Ma’Khia Bryant was the person who died. Hazel Bryant claimed Ma’Khia Bryant got in a fight with another person who lived in the same foster home on the street, and her niece had a knife. Hazel Bryant also said her niece dropped the knife before being shot multiple times by a police officer, according to the Columbus Dispatch. Those claims were reported before police released the body camera video.

“Either you report the truth, or don’t report nothing,” she said in a video clip posted to Twitter by a WSYX reporter. “She was a good kid. She was loving. Yeah, she had issues. But that’s OK. All of us go through s—. You know what, she was 15 motherf—-n years old. She didn’t deserve to die like a dog on the street.”

Protesters, including those holding Black Lives Matter signs and megaphones, gathered in the evening, near the scene of the shooting. “Say her name! Ma’Khia Bryant!” said some of the demonstrators as they marched downtown.

“We don’t get to celebrate nothing,” said someone identified by the Columbus Dispatch as K.C. Taynor, who was speaking through a megaphone about the Derek Chauvin verdict. “… In the end, you know what, you can’t be black.”