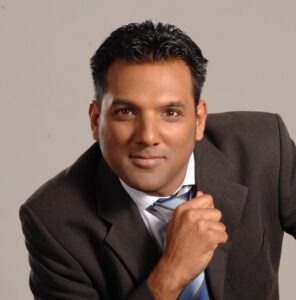 The United National Congress has slammed Minister of Social Development and Family Services (MSDFS), following news that her ministry will be launching an investigation to review current food beneficiaries and ensure those who receive are eligible.

According to UNC PRO Kirk Meighboo, Minister Cox is checking to see who is needy or greedy, while her government locks workers out from their jobs while food prices keep rising.

In a release, Meighoo wrote: “Donna Cox has no shame, no moral authority and no competence, yet she feels she can decide who is needy or greedy during this severe economic and food crisis that her heartless government has produced.”

“Her Ministry was caught red-handed suspending the Food Support Programme at a time when her government is starving public servants out, in its dictatorial drive to create “quasi-safe zones”.

He wrote that in addition, food prices are soaring, making it difficult for families to maintain proper health during a pandemic. “Basic items like flour, bread, milk and chicken have seen their prices hiked. Under Kamla Persad-Bissessar, it will be recalled that infant formula was $98 for 900g, frozen chicken breast $18, pig tail $25 a pound. Everything from food, to taxes, to gas was lower. The UNC always put people first.”

Meighoo said, “Under the PNM’s disastrous mismanagement of the economy and of covid, the vulnerable are now more vulnerable.”

“After the outcry on Friday at her heartless policy, Minister Cox had to backtrack immediately. She contradicted her public servants with a senseless press release. Instead of looking to increase the subventions, Cox says she is now looking to determine who is needy and who is greedy.”

Meighoo said “Neither Minister Cox nor the entire Rowley administration care about anybody, except themselves, their families, friends and financiers.”

He questioned where the $5 billion or $20 billion in covid relief has gone and reiterated his party’s call for a forensic investigation.

Planned telethon for SVG cancelled due to reimposed Covid restrictions 0

Robinson-Regis: Protecting lives on the gov’t agenda with battling COVID-19 0