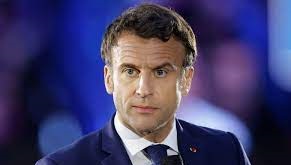 French President Emmanuel Macron says it will take decades for Ukraine to be accepted into the European Union.

In a speech to the EU’s parliament in Strasbourg, he instead suggested Ukraine could join a “parallel European community” while it awaited a decision, rather than suspending the EU’s strict membership criteria to fast-track Ukraine’s application.

Ukraine began the process of applying to join the bloc in February this year, four days after Russia’s invasion.

President Macron said this would allow non-EU members to join Europe’s security architecture in other ways.

He said it would be a way of anchoring countries which are geographically in Europe and share its values.