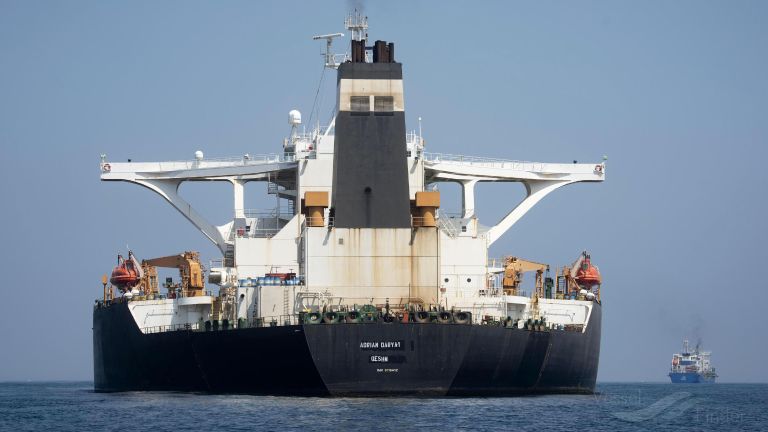 The United States sold more than one million barrels of Iranian fuel seized as part of its sanctions program last year, a Justice Department official said, while another ship with crude oil Iranian intercepted sailing to an American port.

The seizures are part of Washington’s tough economic sanctions against Tehran imposed on its nuclear program and the US designation of a number of Iranian groups as “terrorists,” continuing decades of resentment between the two nations. Iran rejects US accusations of wrongdoing.

In a new approach last year, the administration of former US President Donald Trump used civil confiscation procedures to seize some 1.2 million barrels of gasoline it said were being sent from Iran to Venezuela aboard four tankers.

The shipments, Washington’s largest seizure of Iranian fuel to date, were transferred to other ships and sent to the United States, where the fuel was to be sold and the proceeds distributed to a fund intended for American victims. of “state terrorism”. .

Justice Ministry spokesman Marc Raimondi told Reuters news agency this week that the sale of the cargoes had been completed, adding that the government “was still in the process of settling final expenses.”

“The oil was seized and an interlocutory sale preserved the cash value of the oil, which is now held by the US Marshals Service,” he said. The value of gasoline was not known but was probably worth tens of millions of dollars based on benchmark gasoline prices in Europe.

Raimondi said the department still needed the US District Court in Washington, DC to enter a confiscation order “and then the funds will be transferred to the US Fund for Victims of State Terrorism.”

The fund was created by the US government in 2015 to compensate people who have suffered harm as a result of the actions of those designated by the United States as “sponsor states of terrorism.”

Last week, the United States filed a lawsuit to seize another shipment, that of crude oil which it said came from Iran – rather than Iraq, as stated on the bill of lading – in violation of the law. US terrorism regulations.

This cargo, loaded onto the Liberian-flagged tanker Achilleas, was last reported in Caribbean waters. The U.S. port in the Gulf of Galveston, Texas was its destination with an expected arrival Feb. 15, according to Refinitiv ship tracking data on Wednesday.

Groups of pilots in Galveston and Houston, Texas said they had not been made aware of the arrival of the Achilleas or of the agent who would handle the unloading of the cargo.

Relations between Washington and Tehran have deteriorated under Trump. His administration withdrew from the 2015 nuclear deal between Iran and six world powers, imposed more sanctions on Tehran, and killed the elite Iranian force leader Quds in a January 2020 airstrike .

US President Joe Biden supports a return to diplomacy with Iran if it complies with the 2015 nuclear deal. But this week, he said the United States would not lift its economic sanctions against Iran. Iran to bring Tehran back to the negotiating table to discuss how to revive the deal.