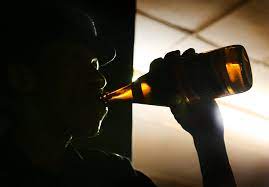 Two Plead Guilty And Fined For Drinking In Public.

Two men were fined two thousand dollars each by an Arima Magistrate after they pleaded guilty to the charge of consuming alcohol in a public place during the State of Emergency.

DARIUS QUAMINA-NURSE, 39, of Tumpuna Road, Arima, and KARLYE DIXON PANTIN, 42, of Cocorite Road, Arima, were arrested and charged with the offence by officers of the Arima Municipal Police, on Sunday.

Officers were on patrol around 12:35pm, in the vicinity of a supermarket in Arima, when they observed two men consuming alcohol in public and arrested them.

They were charged by Acting Sergeant Henderson and granted station bail in the amount of two thousand dollars each and ordered to appear in court virtually on Monday.

The men appeared before Magistrate Avion Gill on the said date and pleaded guilty to the charge.