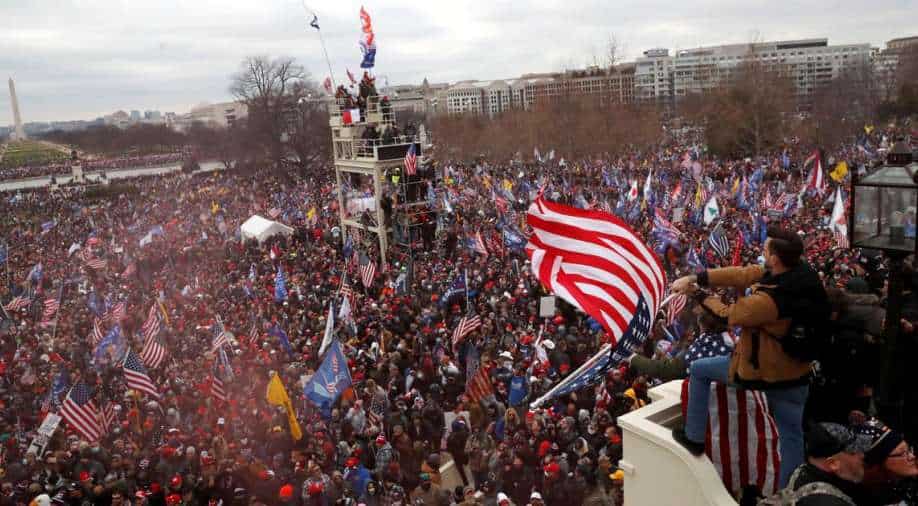 The director of the U.S. Federal Bureau of Investigation told a Senate panel Tuesday that the January 6th riot at the U.S. Capitol building aimed at preventing the certification of Joe Biden’s presidential victory over Donald Trump was domestic terrorism.

Wray: "I would say there is no country that poses a more severe counterintelligence threat to this country right now than China." https://t.co/dh1CkYWxGj pic.twitter.com/qILcOkcPrM

Wray’s testimony before the Senate Judiciary Committee, his first before Congress since the insurgency, was the latest in a series of hearings focused on the law enforcement response to the insurgency on Capitol Hill.  Wray was pressed on U.S. election security, the ongoing foreign interference operations from Russia and he assessed China to be the “most severe” threat to the United States from a counterintelligence perspective.

The FBI director was also asked to weigh in on the national debate on race and his agency’s role in investigating and prosecuting crimes motivated by far-right and far-left ideologies.

Wray confirmed that “a majority” of the domestic terrorism cases the FBI has investigated are motivated by some version of white supremacy. He further stated that during 2019, agents arrested roughly the same number of individuals on charges of international terrorism as those charged with domestic terrorism.

Wray also delivered an unconventional opening statement recognizing state and local law enforcement officers who died in the line of duty. He warned that too few Americans realize the level of violence targeting police officers.

In its latest assessment, the FBI concluded that the “most persistent threats” to the United States are from homegrown violent extremists, inspired by the global jihadi movement, foreign terrorist organizations and domestic terrorists.

Several Democratic senators were skeptical of the FBI’s commitment to investigate domestic terrorism incidents committed by white supremacists or white nationalists. According to several reports and Wray’s own statement Tuesday, “a majority of the domestic terrorism cases” the FBI has investigated “are motivated by some version of what you might call white supremacist violence.”

Sen. Dick Durbin, D-Ill., questioned whether the FBI was taking the threat of white supremacist violence as seriously as it takes the threat of foreign terrorist-inspired extremism.

Assuring the committee that the FBI takes all forms of domestic terrorism and hate crimes “extremely seriously,” he clarified that “we, the FBI, don’t investigate ideology, no matter how repugnant. We investigate violence.”

“I know our country faces a daunting list of challenges,” Wray told lawmakers. “But I do want to make sure that folks around this country are not forgetting the good work of the people who are putting everything on the line.”

He continued, “It takes an incredibly special person to be willing to put his or her life on the line for a complete stranger and to get up every morning day after day after day to do that is extraordinary.”