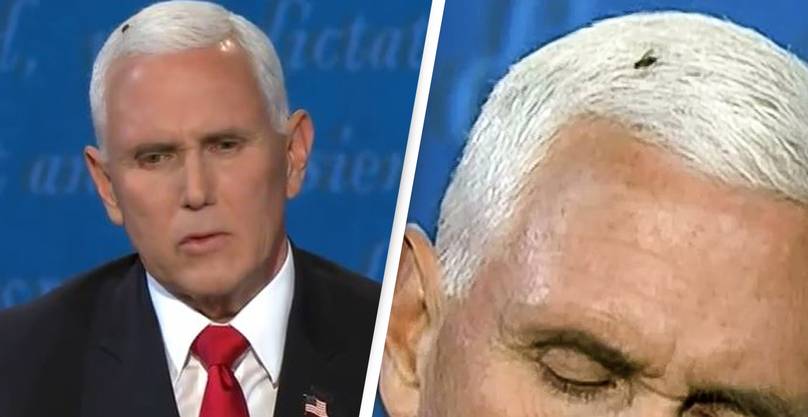 However, the attention of the night was stolen by a fly that landed on Pence’s head past the half-way mark on the debate and stayed on his head for more than two minutes.

And although the subjects covered last night were deeply important, nobody could focus on anything else as the fly nestled on Pence’s platinum hair.

Here are some of the internet’s best responses to the fly that landed on Mike Pence during the VP debate pic.twitter.com/aieBqCFbLJ

“Pitch in $5 to help this campaign fly,” the former vice president tweeted, alongside a link to his campaign’s donation page and picture of himself holding a fly-swatter.

Shortly after, he tweeted a link to “FlyWillVote.com.” The link redirects to iwillvote.com — a site to help voters check their voter registration status and their voting options in their state.

That's right, I was featured tonight on @MSNBC. I'm really flying up in the world! pic.twitter.com/2KHzuJQWwK

Damn. They got my bad side. pic.twitter.com/uJkbNNisO6