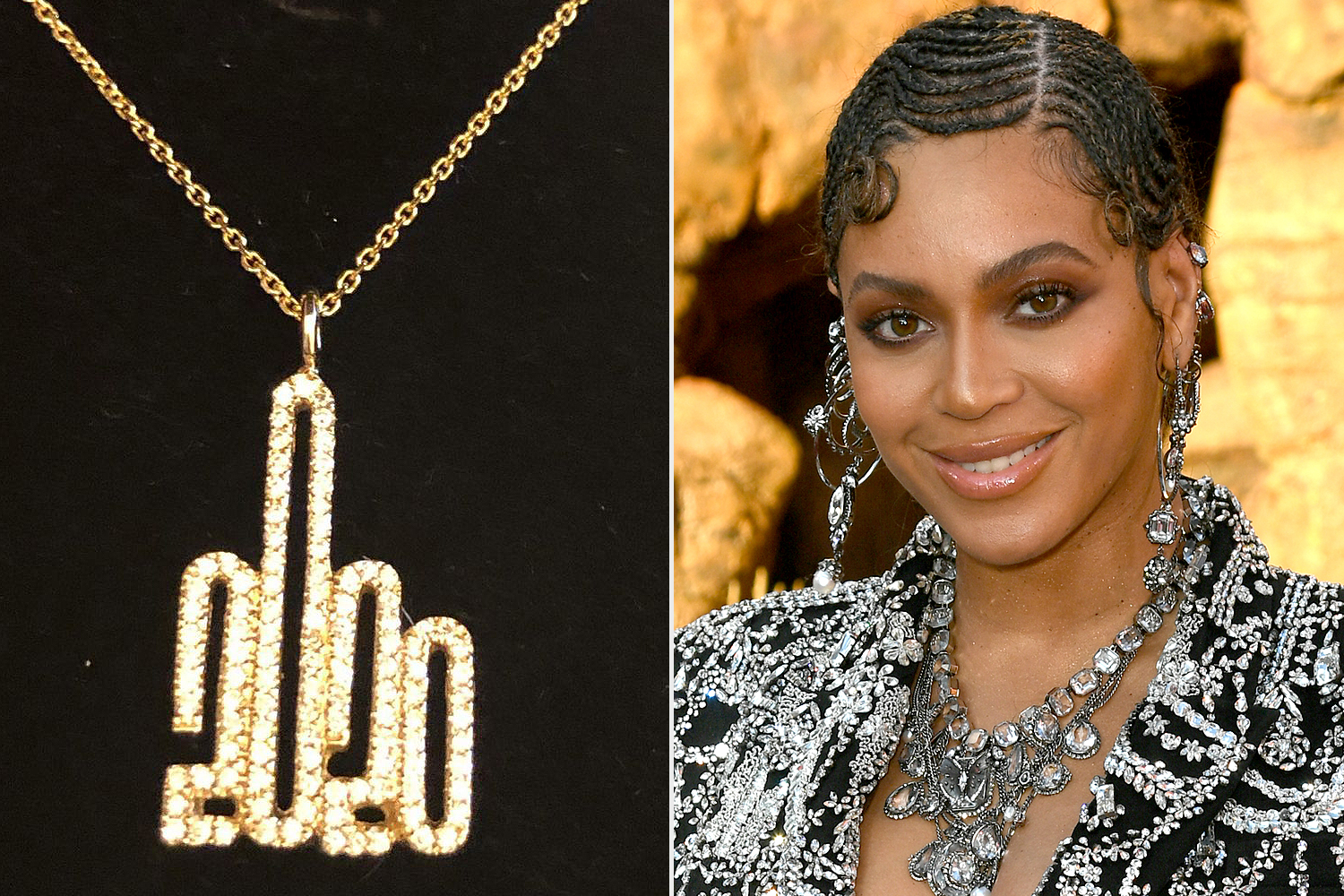 Beyoncé gives “middle fingers up” to 2020

Take that, 2020! Beyoncé has the gift that says it all as the year wraps up.

The singer’s cousin, Angie Beyince, shared a snap of the perfect present she received from the superstar, on her Instagram account on Monday.

The pic shows a blingy necklace which spells out “2020” in the shape of a hand giving someone the middle finger gesture.

“@beyonce gifted all of her girls with this amazing custom 2020 necklace,” Angie wrote. “’🖕2020’ It’s a hand with middle finger and the year 2020 combined into one. When I opened it my eyes teared up because it is both Hilarious & Deeply Sentimental.”

“2020 has had ups and downs but over all its been a really weird and tuff year,” Angie continued. “Hopefully 2021 is good to the world.”

While many people are hoping for a better 2021, Beyoncé helped lots of her loyal followers throughout the direness of coronavirus-ravaged 2020.

In fact, ET recently named the songstress one of the year’s most inspiring celebrities.

Among her 2020 actions, she released Black Is King, a celebration of Black culture and beauty, amid the global push for racial equality and social justice. After basketball legend Kobe Bryant and his daughter, Gianna, tragically died in a helicopter crash in January, Beyoncé also performed at their memorial service. She also managed to score nine nominations for the 2021 GRAMMY Awards, despite not having released a studio album.

Queen recovers from COVID-19 after outbreak in Windsor Castle 0

Madea Prequel Series From Tyler Perry In Development For Showtime 0