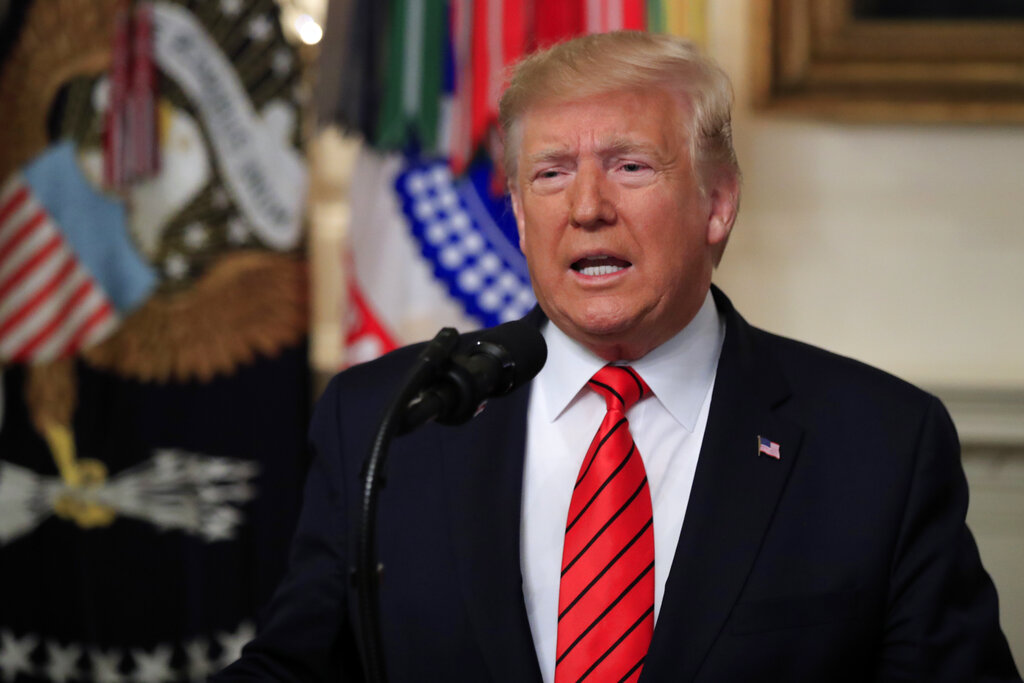 US President Donald Trump will address the impeachment charges announced on Tuesday during the Senate trial phase of the proceedings, the White House said, continuing to choose not to argue the merits of the charges ahead of an expected vote by the Democratic-led House.

“The President will address these false charges in the Senate and expects to be fully exonerated, because he did nothing wrong,” White House Press Secretary Stephanie Grisham said in a statement.

The statement did not make clear how he would address the charges. Asked in an interview with Fox News whether Trump would testify, Grisham said she did not know.

“I’m not going to get ahead of what he may do but I’m sure we’ll participate in some way, certainly with our counsel,” she said.

“And we’re going to be calling on witnesses and we hope that they will participate.”

Calling the process partisan and lacking in fairness, Trump and his allies have sought to paint his Democratic accusers as seeking to undo his 2016 election.

Democrats in the US House of Representatives announced formal articles of impeachment against Trump on Tuesday, accusing him of abusing power by pressuring Ukraine to probe a political rival and obstructing Congress’ investigation into the scandal.

The House could vote as soon as next week. The charges conclude weeks of investigation and hearings, which Trump has derided as one-sided and failing to offer him a fair opportunity to present his side. The White House has refused repeated requests for senior officials to testify and for relevant documents.

The House is almost certain to approve impeachment along partisan lines. A trial would then likely be held in January in the Senate, which is controlled by the Republicans. No Republican in the House or Senate has come out in favour of convicting Trump and removing him from office.

Colin Robinson has reportedly passed away 0