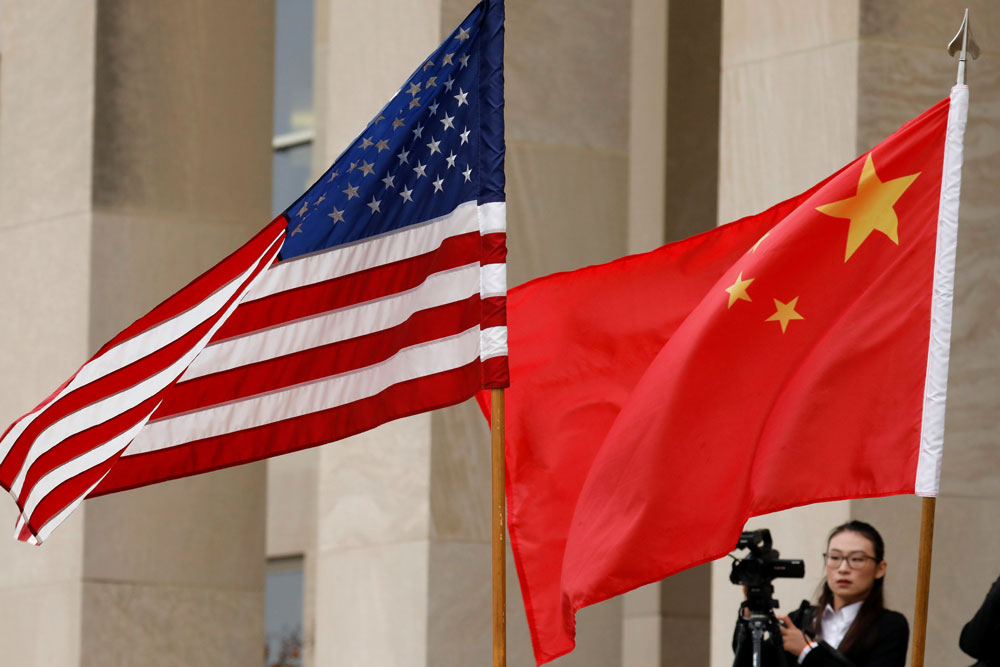 China Will Impose Sanctions On US Companies Supplying Taiwan With Arms

On October 26th, China announced that they will impose sanctions on top US defence firms, including Boeing and Lockheed Martin, for supplying weapons to Taiwan, amid deepening tensions between Beijing and Washington over increasing American arms sales to Taipei.

China”s retaliation followed after the US State Department approved the sale of 135 Standoff Land Attack Missile Expanded Response (SLAM-ER) missiles and related equipment estimated to be worth over USD one billion.

“China has pointed on multiple occasions that the US arms sales to Taiwan would severely undermine One-China policy besides sovereignty and security interests. We strongly oppose it and condemn it,” Foreign Ministry spokesman Zhao Lijian told a media briefing here on Monday.

“In order to safeguard our interests, we have decided to take necessary measures. We will impose sanctions on US entitles participating in the arms sales which had played greatest role in this process,” he said.

The sanctioned firms included Boeing, Lockheed Martin and Raytheon, he said. It is not yet clear what impact this will have on these firms as there is not much defence cooperation between the US and China.

Zhao said China urges the US to adhere to the ”One-China” principle and three joint statements, and stop any contacts and arms sales to Taiwan.

“We will continue to take necessary measures to uphold sovereignty and security,” he said.

China claims that Taiwan, which separated from the mainland in 1949, is part of it and threatens to invade the island. The Chinese military has carried out a series of exercises in recent weeks involving ground, naval and air force practising tactics to capture Taiwan.

“The situation across the Taiwan Straits has been seriously deteriorating. The Chinese People”s Liberation Army has carried out a series of intensive combat exercises as a clear warning against moves from forces which seeks “secession”,” Global Times said in an editorial earlier this month.

“Due to provocation from the Tsai (Taiwan President Tsai Ing-wen) authorities, the risk of war is rising sharply, and Tsai authorities are standing at the precipice,” the editorial said.

Besides the arms sales, US warships sailed through the Taiwan Straits in recent months following which Beijing stepped its war rhetoric.

The Chinese government is under pressure over Taiwan after the recent visit of US Health Service Secretary Alex Azar to Taipei, the first high-ranking American official to visit the estranged island, which China claims as part of its mainland.

Azar, who is the highest-ranking Cabinet member to visit Taiwan since the US switched diplomatic recognition to Beijing from Taipei in 1979, visited Taiwan in August and met Tsai Ing-wen, a staunch proponent of Taiwan”s independence from China.

Azar”s visit was regarded as the major diplomatic setback for Beijing, which asserts that the ”One-China” policy constitutes the core of its foreign policy recognised by all the countries which have established diplomatic relations with it. PTI KJV ZH ZH

TATT to provide 2400 devices by end of January

Quality of service to be improved on Ports as Customs upgrades to Asycuda 4.2.2

TATT to provide 2400 devices by end of January

FBI Controls Troops Amid Fears of Internal Attacks During Inauguration 0

TATT to provide 2400 devices by end of January 0

Quality of service to be improved on Ports as Customs upgrades to Asycuda 4.2.2 0