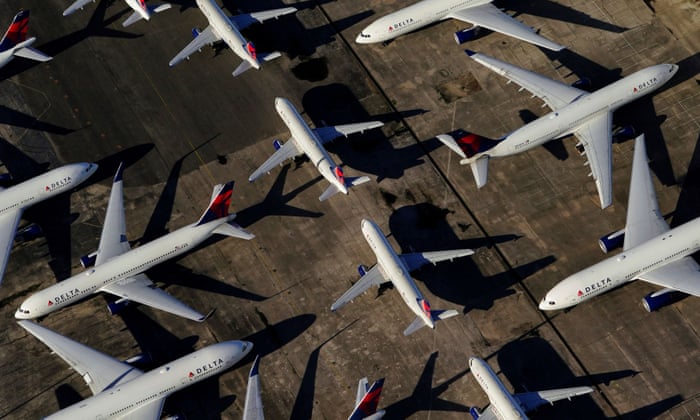 After the actions of airlines and other companies related to the travel and tourism markets performed very well on Monday last week, November 9th, when Pfizer and BioNTech announced 90% effectiveness in testing their vaccine for Covid -19, the financial market movement is repeated this Monday, 16th, after an even more promising news.

Moderna, another company that develops a vaccine candidate to fight the Coronavirus, announced today that its tests showed an encouraging 94.5% effectiveness rate.

According to the statement, Moderna, “a biotechnology company pioneering messenger RNA (mRNA) therapies and vaccines”, reports that “its candidate vaccine against COVID-19 met the pre-specified statistical criteria in the study protocol for effectiveness, reaching the value of 94.5% ”.

This study, known as COVE, enrolled more than 30,000 participants and, with the results, the company plans to continue with protocols to have by the end of 2020 approximately 20 million doses of mRNA-1273 ready for distribution in the USA, and remain in the right way to manufacture 500 million to 1 billion doses globally in 2021.

As a consequence of the good news, airline stocks started to fire again on Monday, repeating last week’s move, in the hope that the recovery in travel demand will happen earlier than earlier projections.

Azul Linhas Aéreas’ shares, which had risen 18.43% last Monday, registered an increase of just over 10% in today’s trading session, reaching around R $ 32.00, a value that has not reached since March.

The prospects for changes towards the normalization of the pandemic situation are also reflected in the actions of companies other than airlines, especially in sectors related to the reopening of the circulation of people, such as tourism, banks and traditional commerce, among others.

On the other hand, sectors that have benefited from the circulation restriction, such as technology, digital games and e-commerce, suffer some setbacks in their actions, due to the perspective that people will reduce their exposure time to cell phones, computers and others related devices, insofar as they can normalize their social lives after immunization by the vaccine.

Loading...
Newer Post
MSDFS assures no group will be left behind as she meets Advocates of the Blind and Vision Impaired
Older Post
TTPS arming officers with pepper spray from November 23