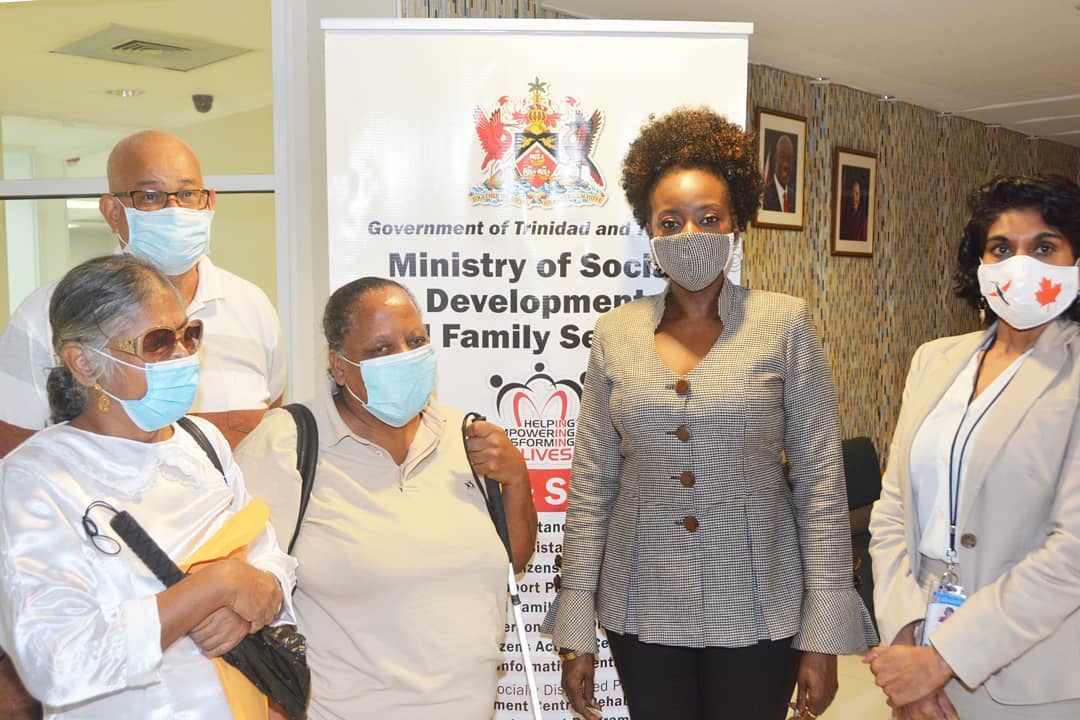 In a thrust for greater engagement and closer collaboration and partnership with NGO’s and civil society organizations, Minister of Social Development and Family Services, Donna Cox, met with some members of the Advocates of the Blind and Vision Impaired (ABAVI).

Among the various matters raised at the meeting were concerns by the organization in relation to their coexistence with the Trinidad and Tobago Blind Welfare Association (TTBWA).

During the meeting, the group expressed what they termed the dissatisfaction with some of the administrative and financial activities of the TTBWA, indicating that some of the activities are not in conjunction with the TTBWA’s constitution.

Minister Cox indicated that the mandate of the Ministry of Social Development and Family Services is to ensure that no group, individual or family is left behind.

Minister Cox indicated that it is against this background that the Ministry of Social Development and Family Services will thoroughly address some of the concerns brought forward by the group.

She also indicated that she intends to have a subsequent meeting with the Trinidad and Tobago Blind Welfare Association towards a speedy resolution.

The ABAVI is a non-profit organization dedicated to the advancement of the well-being of persons who are blind and visually impaired. The organization promotes blindness awareness among members of society.

ABAVI also seeks ways to include persons belonging to this community into every aspect of society.

ABAVI was incorporated on September 30, 2016 and was officially launched on December 3rd, 2016.

Minister Cox will continue to meet with other NGO’s and Civil Society Organizations in the coming weeks in efforts to obtain their support for a multi-faceted and responsive social service delivery system.