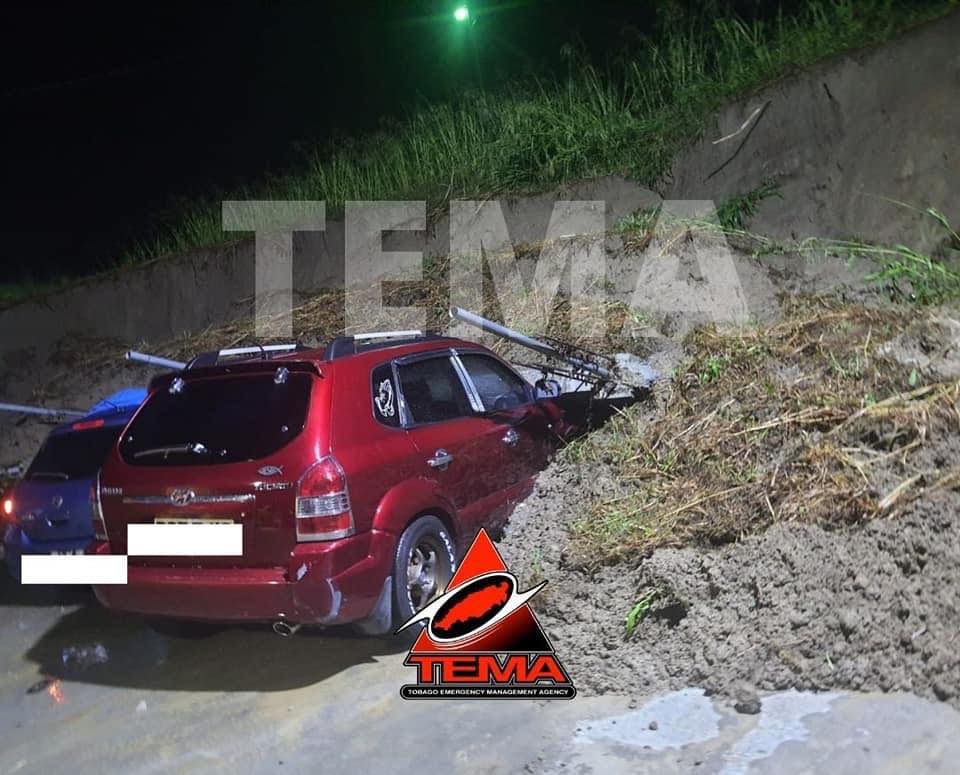 Tobago and Eastern Trinidad seemed to be hardest hit from yesterday’s adverse weather.

Reports reaching our newsroom indicate that Tobago saw a partial road blockage in Charlotteville; a full road blockage at Dunvegan Road, in Plymouth due to multiple fallen trees and utility poles, flash Flooding in Glamorgan, Goodwood and Pembroke; and minor street/flash flooding across northern areas of the island.

Two vehicles were also damaged by a fallen wall following adverse weather when a concrete block wall fell unto two vehicles at Philadelphia Trace in Whim.

In East Trinidad, there was flooding reported on the Eastern Main Road in the vicinity of MNR Hardware Supplies, Arouca and on the Arima Old Road.

The Meteorological Office last evening discontinued its Adverse Weather Alert with many areas seeing just moderate rainfall which reduced to a drizzle by yesterday evening.

Discontinuing the alert, the Met Office noted that the threat of impactful weather had significantly diminished as thunderstorm activity associated with the ITCZ had decreased.

Meanwhile today the Met Ofice says persons can expect generally sunny conditions which will be interrupted by a few showers mainly during the afternoon.

There is a medium chance (40%) of a heavy shower/thunderstorm favouring Trinidad.

A partly cloudy night with a few showers can also be expected with the Met Office warning that gusty winds and street/flash flooding are possible.

However, a yellow level hazardous Seas Alert remains in effect until 2PM Friday.

Persons are advised to monitor weather conditions and updates from official sources via www.metoffice.gov.tt and www.odpm.gov.tt.

263 Patients At Hospital With Covid-19 Locally.