The Internet is 50 years old today 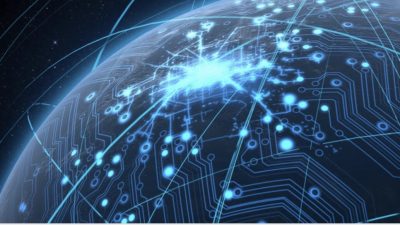 On Oct. 29, 1969, Leonard Kleinrock, a professor of computer science at UCLA, and his graduate student Charley Kline wanted to send a transmission from UCLA’s computer to another computer at Stanford Research Institute through ARPANET, the precursor to what we now know as the internet.

ARPANET connected universities working for the Department of Defense under its ARPA (now DARPA) program for new military technologies.

In 1969, only four universities had computers — which, Kline told OZY, were “room-sized … with under-floor air conditioning” — connected to the network: UCLA, Stanford, University of California, Santa Barbara (UCSB) and the University of Utah.

The message sent by Kleinrock and Kline was intended to be “login.” Their system crashed, however, as soon as they typed the second letter. It took an hour to send the whole word, but by then, “lo” cemented its place in the internet’s history. For Kleinrock, the message took on a completely different meaning, anyhow.

“‘L’ and ‘O’ is ‘hello,’ and a more succinct, more powerful, more prophetic message we couldn’t have wished for,” he told OZY.

Two years later, in 1971, the first email was sent by MIT researcher Ray Tomlinson — which was also the first time the “@” sign was used to designate a specific recipient of a message.