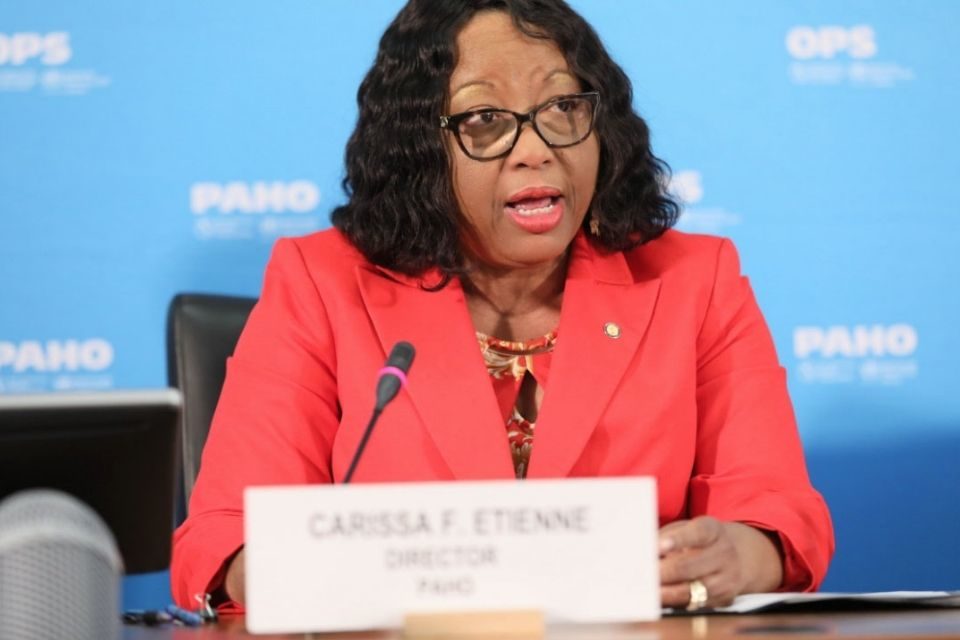 On Monday, the Pan American Health Organisation (PAHO) launched Vaccination Week in the Americas 2021, April 24-30, with the slogan: “Vaccines bring us closer together.”

In so doing, they also urged countries to close the immunisation gap that led to hundreds of thousands of children not being vaccinated against several serious diseases last year.

PAHO director, Dr Carissa Etienne, said during 2020 there was a great decrease in immunisation as a consequence of the Covid19 pandemic.

However, she pointed out: “The Americas have been enormously successful in immunising against many serious diseases.”
PAHO reported in 2020, 18.2 per cent fewer children (474,395 in total) than in 2019 received the three doses of the DPT3 vaccine against diphtheria, tetanus and pertussis (whooping cough).

Also in 2020, 13.9 per cent fewer children (379,208 in total) received the dose of the MMR (measles, mumps and rubella vaccine) compared to the previous year.
“We were the first region in the world to eliminate smallpox, polio and rubella.
“But now we are seeing a decline in immunisation, and we must reverse that trend, not only for the health of our children but also for the well-being of our entire society,” Etienne said.

Restrictions on movement owing to Covid19 reportedly contributed to fewer vaccinations.
In addition, many people were reluctant to go to health centres for vaccines for fear of becoming infected with the new virus.

Dr Cuauhtémoc Ruiz Matus, head of the PAHO Immunisation Unit, said: “In recent years, we have seen a dangerous decline. Vaccination Week in the Americas this year is an opportunity not only to celebrate the availability of immunisation, but also to regain vaccination.”
Since Vaccination Week began in 2003, more than 908 million people of all ages have been vaccinated against a wide range of diseases.

This year, 31 countries and territories in the region plan to reach nearly 100 million people with vaccination.

Urging countries to increase immunisation, Etienne called for government policies to strengthen public confidence in vaccination.
In addition, she called for promoting immunisation during the pandemic and supporting the introduction of covid19 vaccines.