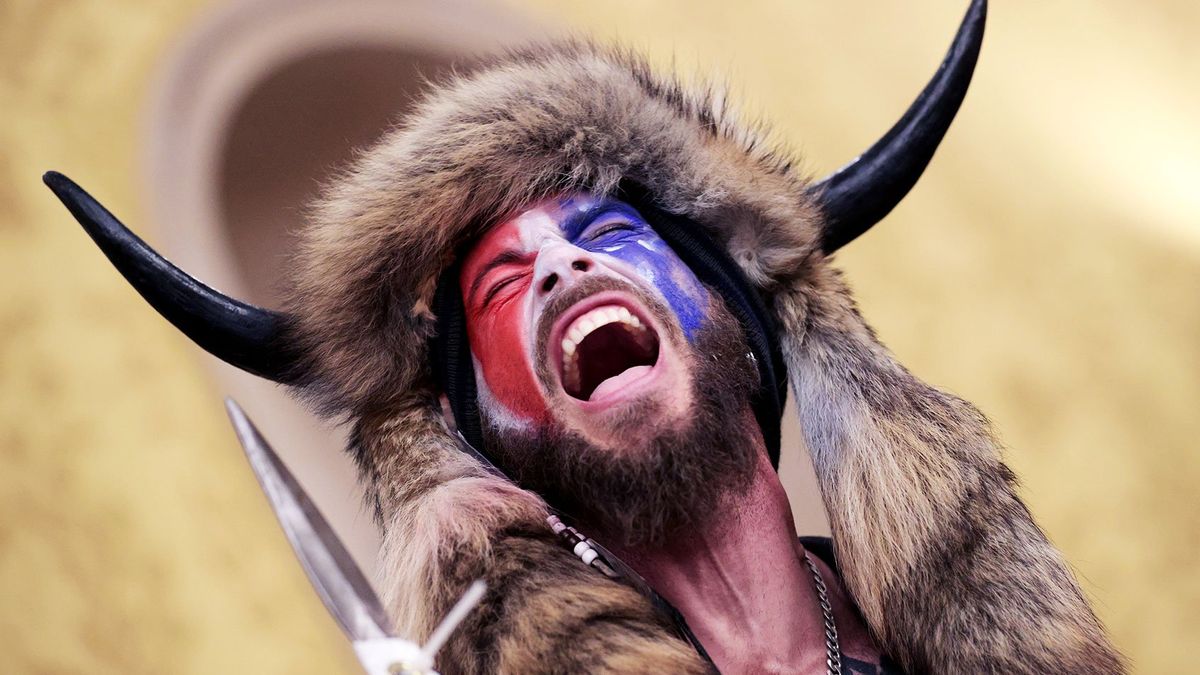 The Faces and Identities of the US Capitol Raiders

The faces of the infamous pro-Trump supporters have been shared around the world since insurrection of the US Capitol on Wednesday, photographed with the feet on the desk of a congresswoman, marching with a Confederate flag or seated in the office of the president of the Senate.

Who are these Donald Trump supporters, so intoxicated by the president’s false rhetoric that they were able to cause major chaos in the US Congress?

Many have already been identified, including the woman who was fatally injured. Next, the main elements collected about some of them, most of them active on social networks.

Richard Barnett, the one who sat at Pelosi’s desk 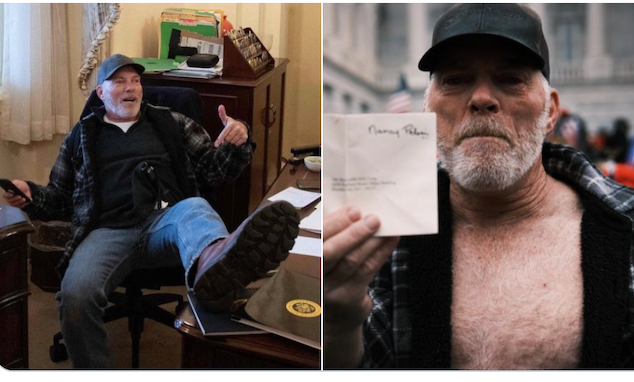 Originally from Arkansas, this 60-year-old with a strong southern accent stormed into the office of the Speaker of the House of Representatives, Democrat Nancy Pelosi.

“IT IS MY OFFICE. I AM A TAXPAYER. I AM A PATRIOT. IT IS NOT YOUR OFFICE. WE HAVE LOANED IT TO YOU.”

It’s “my office,” he told local KFSM 5News on Wednesday. “I am a taxpayer. I am a patriot. It is not your office. We have loaned it to you.”

Known locally for running a pro-gun Facebook group, 2A NWA STAND, Richard Barnett claims that was found in this office by chance. “I was pushed here,” he said, “when I was looking for the bathroom.”

Nicknamed “Bigo”, the man she left before leaving an insulting note addressed to Pelosi.

Following the events at the Capitol, Barnett knew that he was possibly going to be arrested. “Am I scared? No! But jail is a possibility,” he told reporters after leaving the building.

Jake Angeli, the one with the bison horns 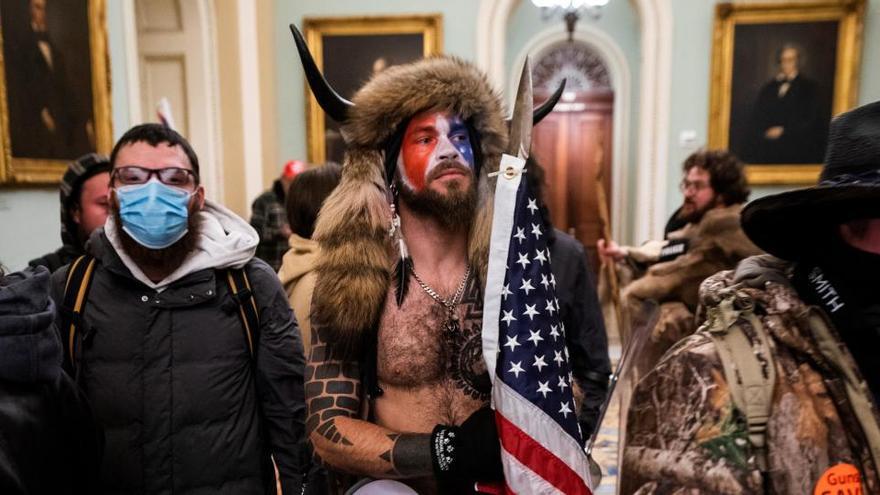 With a naked torso and an Amerindian bonnet with bison hornsThis “spiritual warrior” – as he describes himself – attracted photographers and videographers from the four corners of the Capitol like a magnet.

“WE ARE PATRIOTS, ON THE ARIZONA FRONT, WHO WANT TO BRING OUR POSITIVE ENERGY TO WASHINGTON”

Originally from Arizona, Jake Angeli was seen numerous times at pro-Trump protests in Phoenix in recent months, always wearing his now famous headdress. The 30-year-old presents himself as “a digital soldier of QAnon,” the conspiratorial move that has made Trump a hero and considers Wednesday’s intrusion a triumph.

“We are patriots, on the Arizona front, who want to bring our positive energy to Washington,” he wrote in a December message on the ultra-conservative favorite social network, Parler. 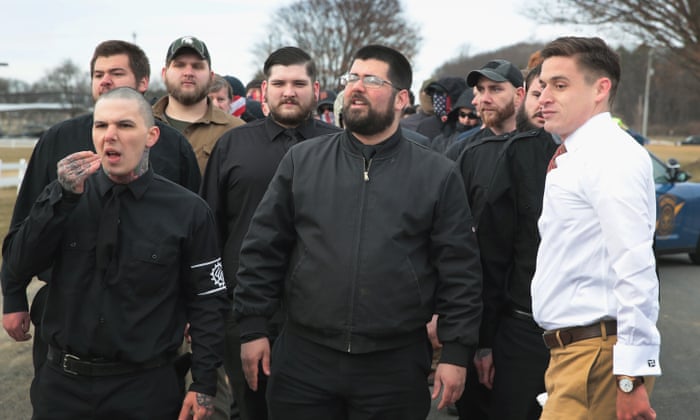 Photographed with Jake Angeli, this 29-year-old man with round face and rimless glasses is described by the Southern Poverty Law Center, an observatory of extremist groups, as “the face of a new generation of white nationalists.”

He is considered one of the organizers of the far-right rally in Charlottesville, Virginia, in August 2017, on the sidelines of which a woman was murdered by a neo-Nazi sympathizer.

Adam Johnson, the one with the podium 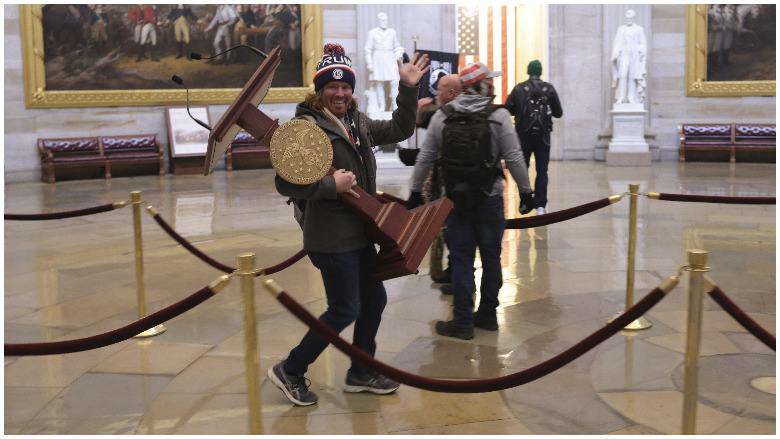 Surprised by the camera when he took the podium of the Speaker of the House of Representatives, Nancy Pelosi, this thirty-something wearing a Trump cap made a friendly gesture to the photographer, all smiles.

He was quickly identified as Adam Johnson, a resident of Parrish, Florida, according to the local press.

At the moment his wife, a doctor, is the one who is paying the consequences. Now the many sites that refer to her are flooded with sarcastic messages about her husband’s vandalism.

Ashli Babbitt, the woman who died 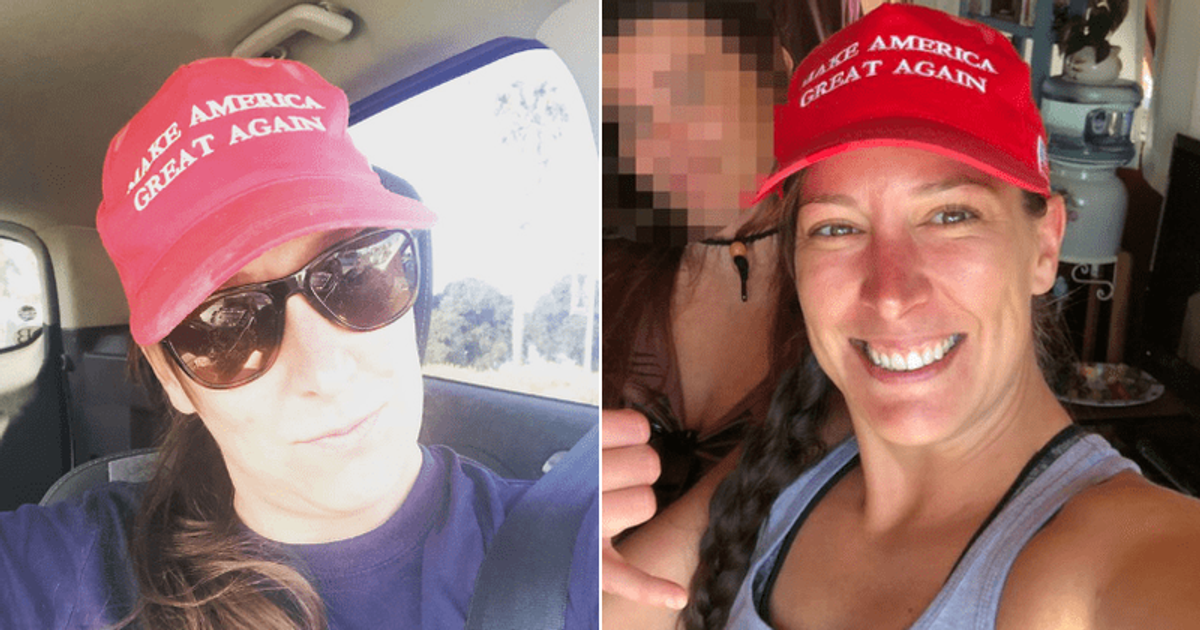 He was the first known victim of Wednesday’s violence. While trying to get through a broken window in a hall of Congress, the woman was shot at point-blank range by a Capitol police officer. Later he succumbed to his injuries.

In her early thirties, Californian, conspiratorial and “libertarian,” according to her Twitter account, Babbitt believed that the pro-Donald Trump march in Washington would be like a “storm” that would bring the country “out of darkness.

Ocean Viking Save Over 400 Migrants in the Mediterranean Sea 0

Traffic Disruption on the UBH this weekend 0