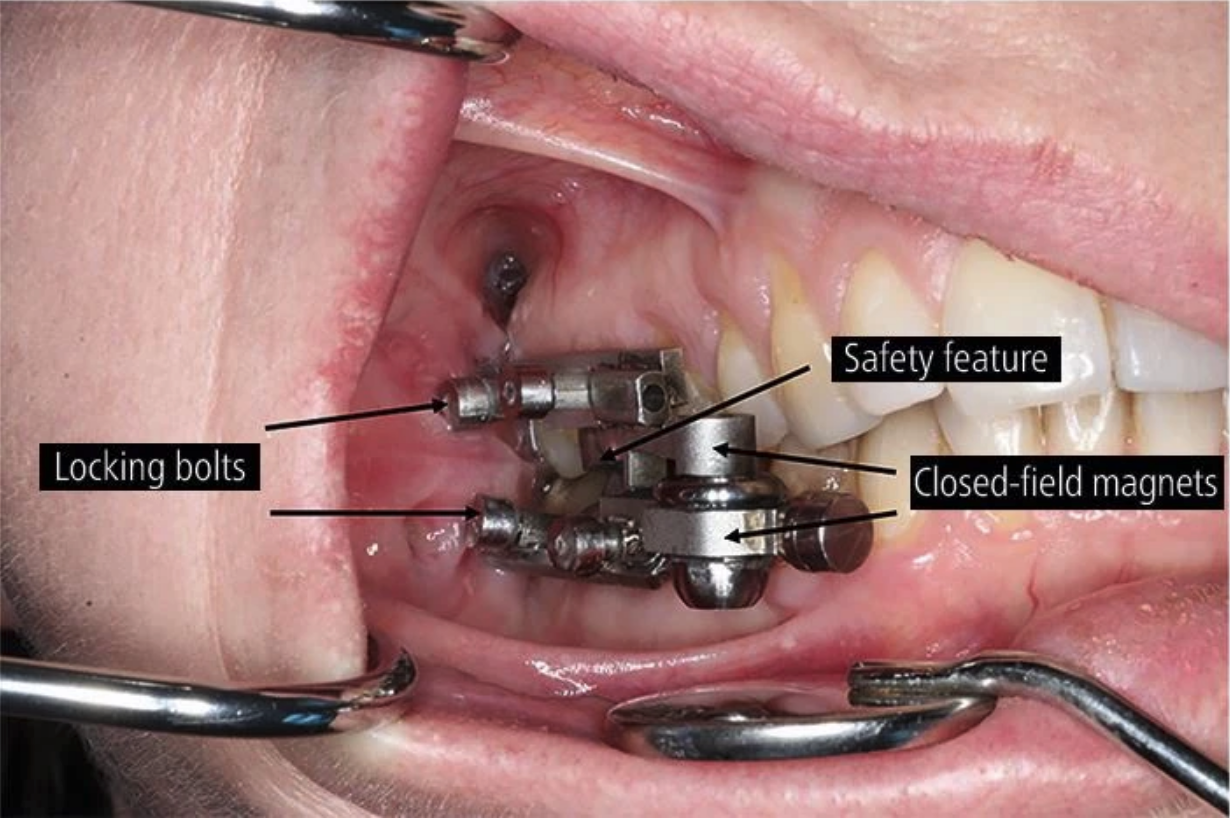 Scientists have created a weight loss device that uses magnets to lock a person’s jaw shut, only allowing them to consume liquid.

How bad do you want to lose weight? So bad that you’d be willing to lock your jaw shut literally? There’s a new device that can do that very thing.

A group of researchers from New Zealand and the U.K. has developed a weight-loss device that only opens 2 millimeters, allowing a person to drink and not eat. The device, DentalSlim Diet Control, uses magnets to restrict the jaw from opening. However, in the case of a panic attack, or if a person is choking, the invention is equipped with an emergency release, Insider reports.

“Otago and U.K. researchers have developed a world-first weight-loss device to help fight the global obesity epidemic: an intra-oral device that restricts a person to a liquid diet. Read more,” wrote the University of Otago via Twitter.

The lead researcher over the machine, Paul Brunton of the University of Otago, said DentalSlim is designed to make a person stick to a liquid diet. “The main barrier for people for successful weight loss is compliance, and this helps them establish new habits,” he said in a press release, according to Insider.

Otago and UK researchers have developed a world-first weight-loss device to help fight the global obesity epidemic: an intra-oral device that restricts a person to a liquid diet. Read more: https://t.co/eLhXwipiqs pic.twitter.com/Of6v3uvVbX

Does it seem like it might be too extreme? Seven healthy volunteers who were categorized as obese gave it a try and following a liquid diet of 1,200 calories a day. In two weeks, the study recorded they lose 14 pounds. The study was published on June 25 in the British Dental Journal. While participants said they were happy with the weight loss results, they also reported they struggled with speaking, felt uncomfortable, and felt their overall life experience was worse due to the mouth shutter.

Some like it, and others hate it, and some are comparing it to the mouth torture device from the horror movie Saw. What do you think? Would you try?