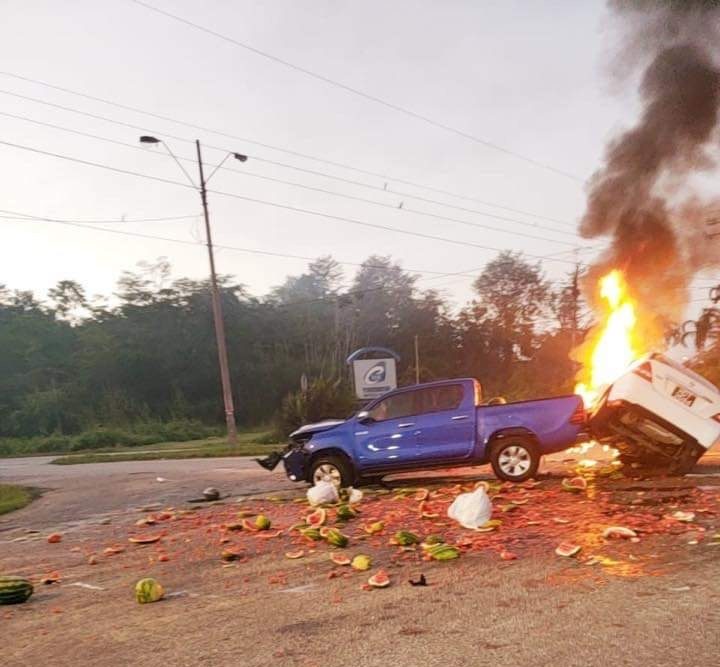 Reports reaching the Izzso newsroom is that a stolen car, with the suspect inside, caught afire following an accident. The collision occurred at Antigua Road in Wallerfield early this morning.

The suspect allegedly robbed a man of his Tiida vehicle and stabbed him. He then tried to escape and got into an accident with a truck. The driver of the stolen Tiida died before the car was engulfed by flames. The fire may have been caused by CNG. The victim survived the attack and was taken to the hospital to be treated. The driver of the truck also sustained injuries and was taken to the hospital.

This story will be updated once more information becomes available.