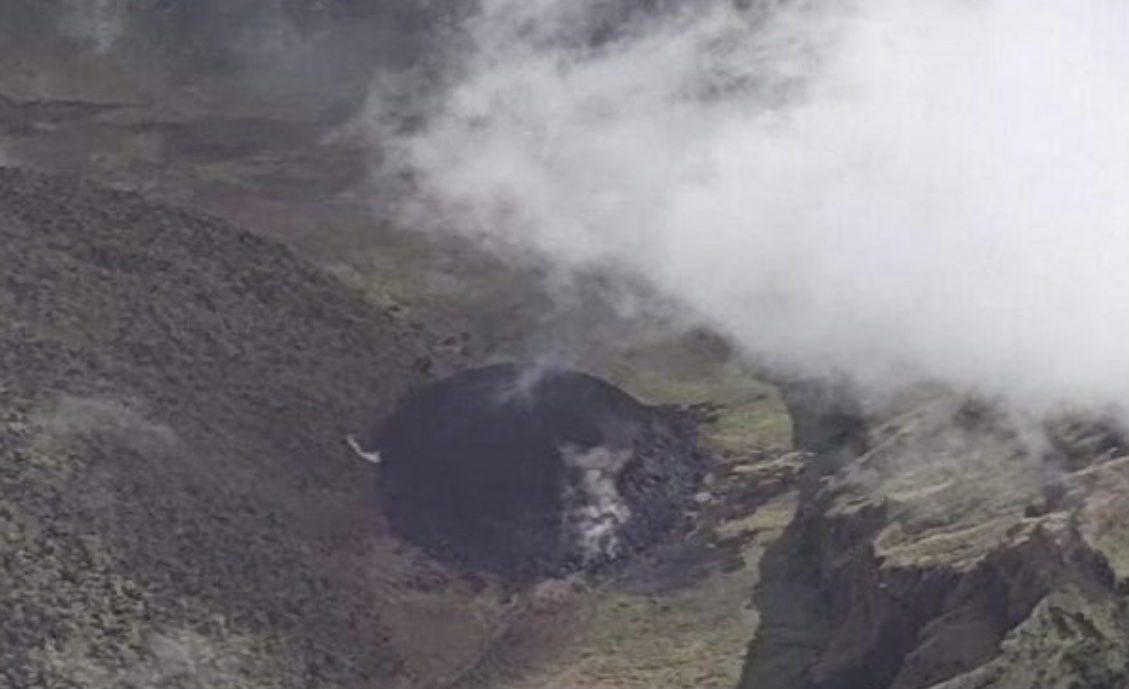 NASA has also informed the government of St Vincent and the Grenadines of increased activity as of December 28th.

UWI Seismic research unit also indicated that it is currently monitoring the situation in collaboration with local authorities and had dispatched a team to the area.

The UWI officials noted that La Soufriere is currently going through a stage of effusive eruptions.

No prediction can be made at this time if La Soufriere will move from the effusive stage to an explosive one.

An eruption dominated by the outpouring of lava onto the ground is often referred to as an effusive eruption (as opposed to the violent fragmentation of magma by explosive eruptions).

The UWI Seismic Unit officials noted that activity has been taking place at the volcano since November, however, they were within the normal of seismic activity for La Soufriere.

On 27th December a hot spot was seen on NASA Satellite above the volcano. The image was in the middle of the crater and from since Monday the hot-spot or heat source has continued.

The officials further noted that there is an emission of magma on the northwestern side of La Soufriere where a new dome is growing next to the existing one.

While the La Soufriere Volcano is within the range to have an explosive eruption based on historical data, the officials further stated that for such information to be given with any certainty more data will be needed.

Vincentians and visitors have been advised not to visit the volcano or sorrounding areas until a further update is provided.