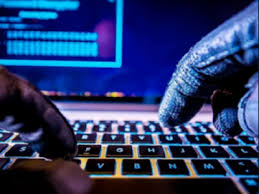 A convicted New Jersey serial killer was sentenced to 160 years in prison for luring women online to their death using fake dating profiles.

Wheeler-Weaver’s conviction comes four years after he was indicted on several charges, including three counts of murder, one count of attempted murder, as well as kidnapping, aggravated arson. and desecration of human remains charges.

The 25-year-old used the fake profiles to lure his three victims: 20-year-old Sarah Butler, 19-year-old Robin West, and 33-year-old Joanne Brown. The murders were apparently carried out between August and November of 2016. He was taken into custody in December of the same year after a friend of one of his victims used a fake social media account to set him up for police capture.

A fourth victim, Tiffany Taylor, survived the attack and spoke out about her experience at Wheeler-Weaver’s sentencing. “My whole life is different; I don’t wear makeup anymore; I don’t have friends. I’m always paranoid,” she told the court. “But I’m happy to still be here. I hope you don’t show him any remorse, because he’s not showing any remorse.”

Wheeler-Weaver maintained his innocence and said he had been framed. “I do feel sympathy for the victims,” he told Superior Court Judge Mark S. Ali. “My heart goes out to their family and friends. However, I was not the person who committed these crimes.”