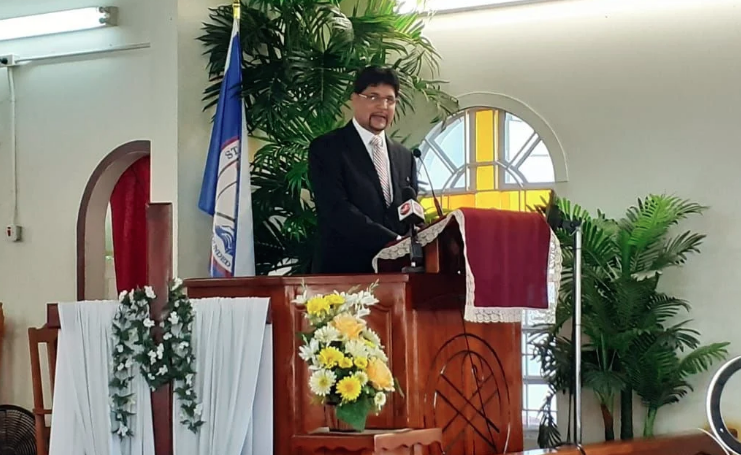 High Court Judge and devout Presbyterian, Justice Frank Seepersad said there is a need to curb the violence running through T&T, especially violence against our women.

As such, he is calling for the establishment of safety and support hubs throughout the country, to assist victims of domestic abuse.
“If support and safety hubs are established in all communities, abused women can get help.”

In his Christmas sermon at the St Andrew’s Presbyterian Church in Princes Town on Sunday,
Seepersad, pointed to the recent murder of 18-year-old Ashanti Riley, saying her death was a reminder that “women continue to be brutally assaulted, maimed or murdered.”

He said that “the majority of these horrific crimes may have been committed by the misogynistic and misguided men.” And, he believes that the definition of masculinity has to change.

Seepersad aid “Our men have to be taught to embrace their emotions. Our men need to understand that real men do cry, they do hurt and it’s okay to seek assistance when emotive issues entrap us. Mental health issues have to be addressed in the same manner as other health issues, devoid of discrimination or social stigma.”

He said teachers also need to be retooled so that they can have discussions about gender sensitivity, equality and respect “as they usher our boys along a path which will lead them to mature into men of whom we can be proud.” Most importantly, Seepersad said men need to return to God.

Seepersad said “Laws need to create an enabling environment for the empowerment of our nation’s women. Legislation has to be bolstered so as to ensure that domestic violence perpetrators are held accountable and a no-tolerance approach to all gender-based violence.”

He also said, “Churches have to review the approach to gender-based violence. Women can’t be told to subjugate themselves to their husbands or to stay in dysfunctional relationships because marriage bonds are unbreakable.”

Seepersad noted that if support and safety hubs are established in all communities, abused women can get help.

Small goal on the Beetham Highway during curfew hours 0

Sandals receiving flack for COVID19 breaches and an outbreak 0