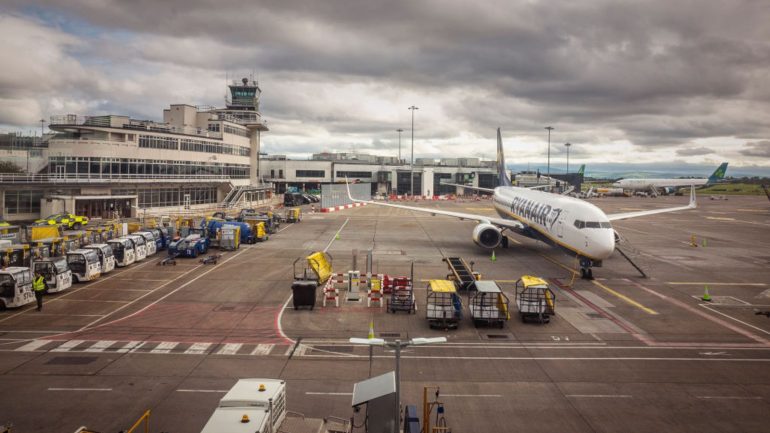 Europe Bans Travel From the UK Over New Coronavirus Strain

According to the agency of Europa Press news, Germany, Austria, Belgium, Bulgaria, France, Ireland, Italy, the Netherlands, Portugal, the Czech Republic, and Sweden (in addition to Israel, in Asia) publicly announced the suspension of all flights to or from the United Kingdom.

Outside the EU, Kuwait, Iran (two weeks), Switzerland, El Salvador, Chile and Argentina also suspended connections with England. Saudi Arabia also suspended all international flights as well as access to its ports for at least a week. However, the United States is not currently contemplating suspending connections, Slaoui said.

The measure was adopted temporarily, pending more scientific data and a joint decision that is expected to emerge from the urgent meeting of the ambassadors of the 27 member countries of the European Union (EU) to be held tomorrow in Brussels.

France It said it would bar everyone coming from the UK for 48 hours starting Sunday night, including freight carriers, whether by road, air, sea, or rail.

Germany, Italy and the Netherlands ordered the suspension of flights from Britain, while Ireland said it would impose restrictions on its neighbor’s flights and ferries.

Belgium It said it would close its borders to flights and trains, including the popular Eurostar service, from Britain.

“The recently discovered COVID variant in London is concerning and will need to be investigated by our scientists,” said Italian Health Minister Roberto Speranza. “Meanwhile, we choose the path of maximum prudence.”

Chile also canceled flights to the United Kingdom and prohibited the entry of foreigners who have been in that European country in the last 14 days, affected by the appearance of a new strain of covid-19, the government reported Sunday night.

The cancellation affects “direct flights” between Chile and the United Kingdom, while the prohibition falls on “non-resident foreigners” who have been in that country the last two weeks, according to an official statement.

British Prime Minister Boris Johnson announced on Saturday that the new strain of the virus had caused a skyrocketing rise in infection numbers. The government tightened COVID-19 restrictions in London and nearby areas, and also reversed plans to ease restrictions in the Christmas period.

Travel restrictions also compound the problems of UK, as it will finally leave the European Union on December 31 after a transition period this year. So far, London and Brussels have failed to reach a post-Brexit trade deal, raising the prospect of chaos in freight traffic.

The German government said that all flights from the UK would be suspended from midnight.

“The (virus mutation) has yet to be identified in Germany,” Health Minister Jens Spahn said., to the public broadcaster ARD. “But of course we take the reports from Britain very seriously.”

The Italian order blocked any flight leaving Great Britain and barred anyone who had passed through it in the past 14 days.

The Netherlands banned passenger flights from the UK from Sunday and the restrictions will remain in place until January 1st said the Dutch government.

Austria also planned to ban flights from the UK, the APA news agency said, citing the health ministry. Sweden said it was preparing a decision to ban entry from the UK.

At London’s St. Pancras International Station, the Eurostar terminal, thousands of travelers tried to secure a place on the trains.

“We have the last two tickets for today,” said a Frenchman named Leny. “Each had tickets for Monday and Tuesday, respectively. But given the situation and what is happening, we did not want to take any risks. And we were the last to do so.”

US Police Officer Suspended for Dragging Black Teen Across Pavement 0