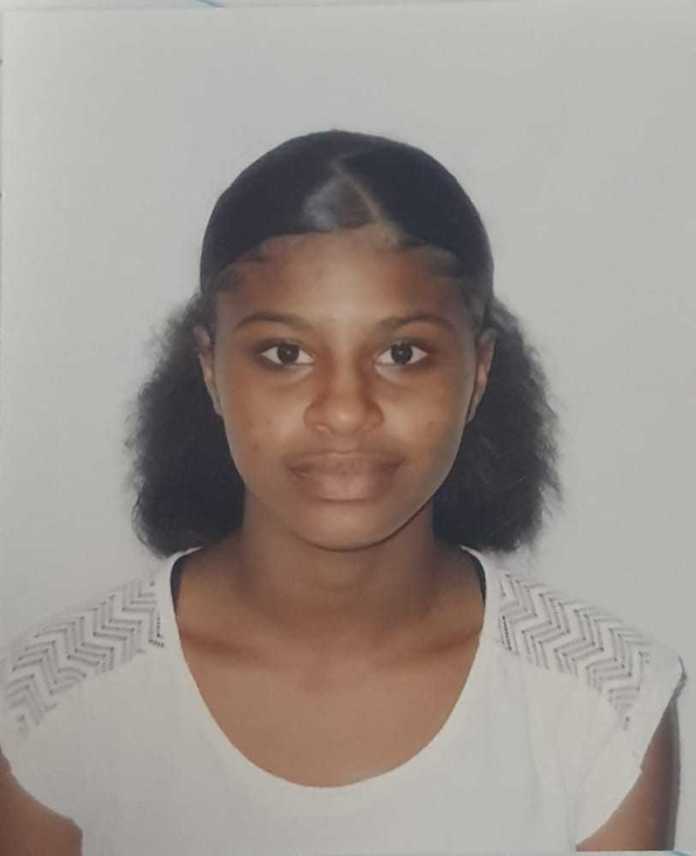 A Missing Persons Alert has been activated for an 18-year-old girl of Sangre Grande, and the Trinidad and Tobago Police Service (TTPS) is seeking the public’s help in locating her.

An official release from the TTPS says that DENIELLE WINTER, of Seeree Trace, Forester Road, Sangre Grande, was last seen on around 5 pm on Saturday 28th November 2020.

DENIELLE is of mixed descent, approximately 5 feet 2 inches tall, has a slim build and is brown in complexion, with a long, black hair. She was last seen wearing a blue dress and white sandals.

Anyone with information on the whereabouts of DENIELLE WINTER is asked to contact the Sangre Grande Police Station at 688-2444, or call the police hotlines at 555, 999, 911; or contact CRIME STOPPERS at 800-TIPS.

Information also can be shared via the TTPS App.