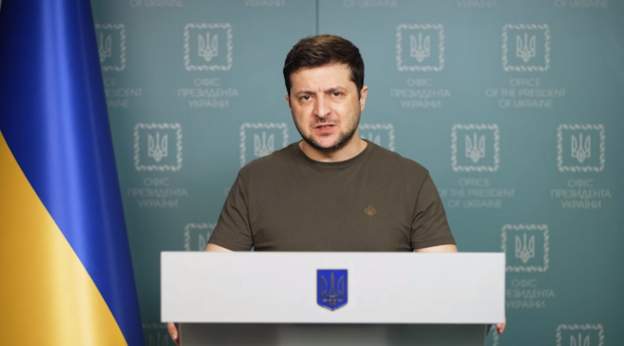 It comes hours after a fire broke out at the Zaporizhzhia plant following a Russian attack.

He began a televised address with: “People of Ukraine! We survived the night that could have stopped the course of history – history of Ukraine, history of Europe.”

He said Russia knew what it was doing when it aimed shells directly at the station and called it an act of “terror on an unheard-of level”.

Addressing Russian people he urged them to take to the streets and tell their government that they want to live.

Zelensky says he is in touch with world leaders, who he said were “shocked” by the developments around the plant.

Russia’s relentless bombardment of residential areas across Ukraine has so far forced more than one million refugees to flee the country in just seven days, according to the United Nations, as fierce fighting continues into its second week.