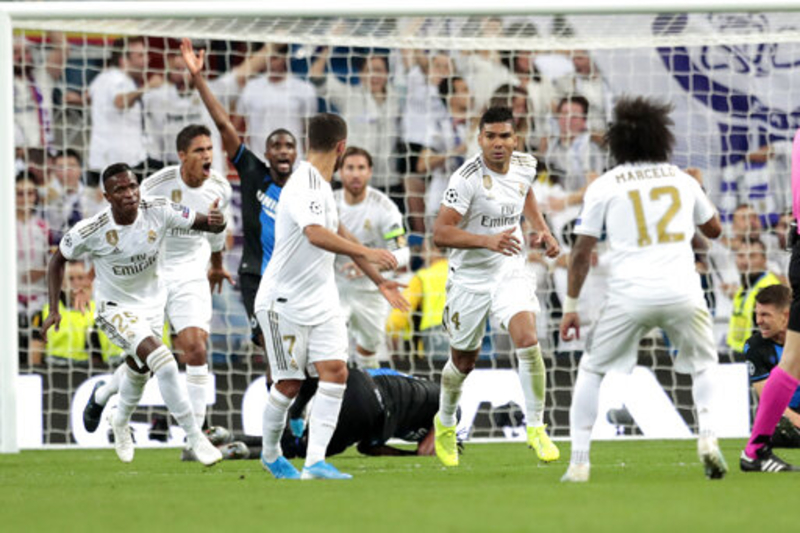 Real Madrid scrambled their way back from two goals down to avoid a hugely embarrassing defeat to Club Bruges and draw 2-2 in the Champions League on Tuesday, leaving the 13-times winners with one point after two games in Group A.

Nigerian forward Emmanuel Bonaventure stunned Santiago Bernabeu by giving the Belgians the lead in the ninth minute, mis-controlling the ball and nudging it towards a goal but somehow still beating Real keeper Thibaut Courtois to score.

Bonaventure struck again with another scrappy goal in the 39th minute, losing his footing as he bore down on Courtois but still producing a stunning finish to lift the ball high into the net.

Real captain Sergio Ramos headed his side back into contention with a goal in the 54th minute while midfielder Casemiro equalized with a header in the 85th, moments after Bruges captain Ruud Vormer had been sent off.

Zinedine Zidane’s side is joint-bottom of Group A with one point, having lost 3-0 at Paris St Germain two weeks ago.

Immigrants Hide Under Trailer Board to Cross U.S Border 0