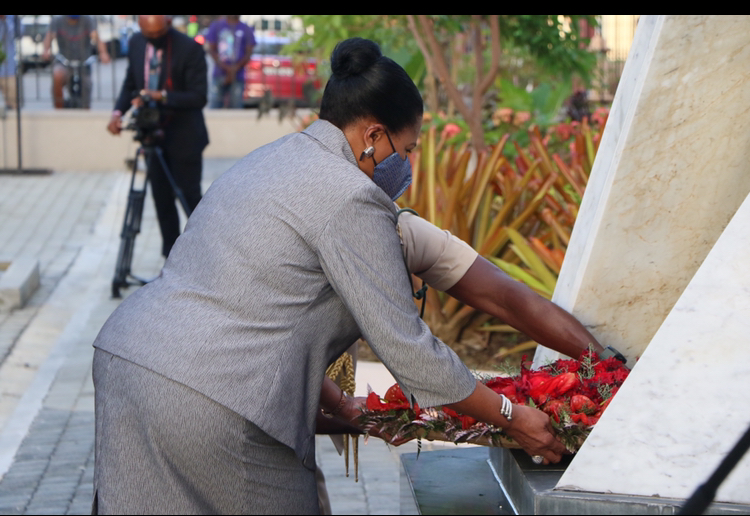 The President of the Republic of Trinidad and Tobago and the Presiding Officers of the Parliament laid wreaths at the Red House Cenotaph on Tuesday July 27th 2021, in solemn remembrance of July 27th, 1990.

President of the Republic of Trinidad and Tobago, Her Excellency Paula-Mae Weekes, ORTT; President of the Senate, Christine Kangaloo, and Speaker of the House of Representatives, Bridgid Mary Annisette-George paid their respects to those who lost their lives as a result of the events on July 27th, 1990.

On that day, our country’s national Parliament was besieged by insurgents who attempted to destroy the country’s democracy, but they were eventually thwarted.

The laying of wreaths was preceded by a small marching formation involving officers of Parliamentary Police Unit, and it was followed by the playing of the “Last Post” by a bugler from the Trinidad and Tobago Police Service, and a minute of silence. 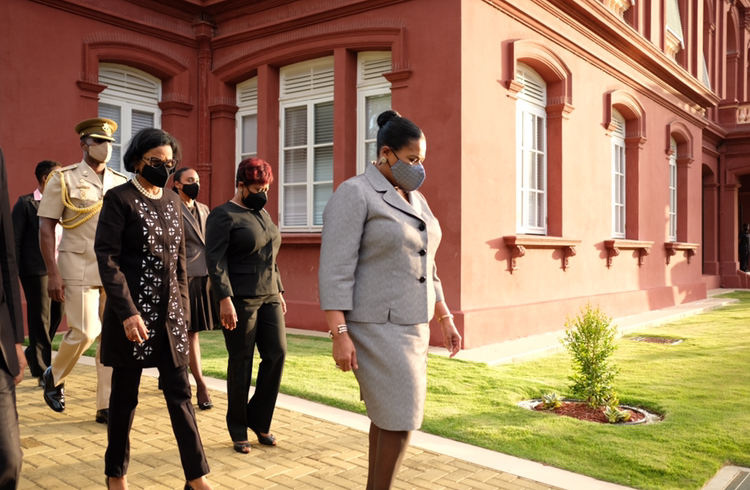 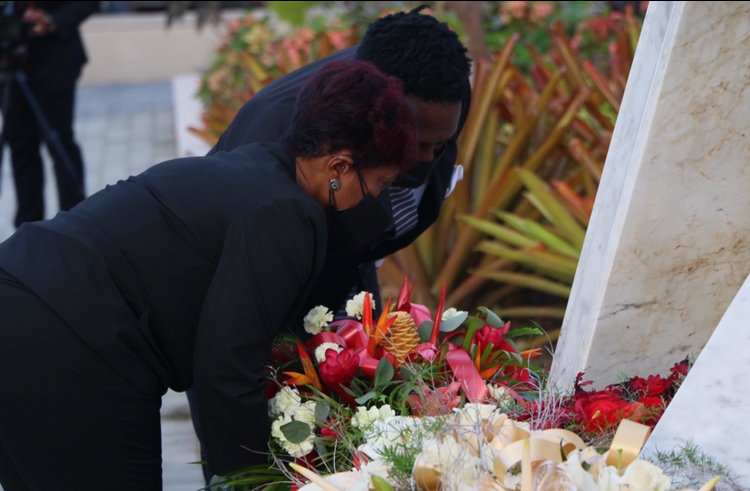 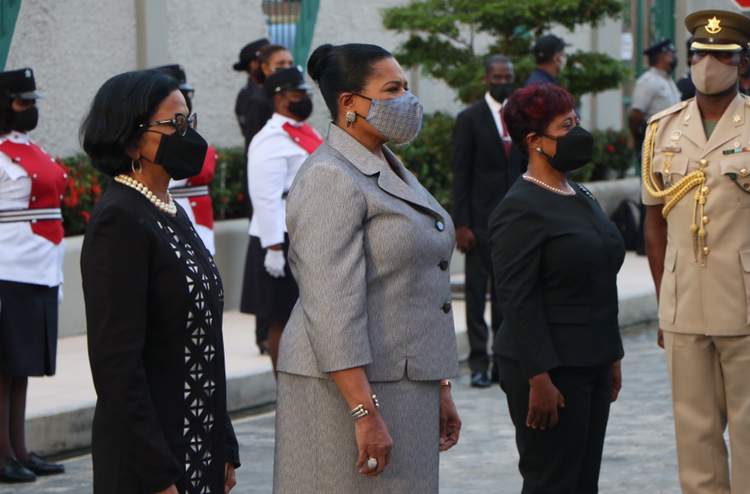 The Parliament pays tribute to those who lost their lives, the hostages and those who suffered directly or indirectly as a result of the events of July 27th to August 1st, 1990.

Among the hostages at the Red House were the constitutionally elected Prime Minister, other Members of Parliament, and staff and visitors in the building.

Those who lost their lives were: