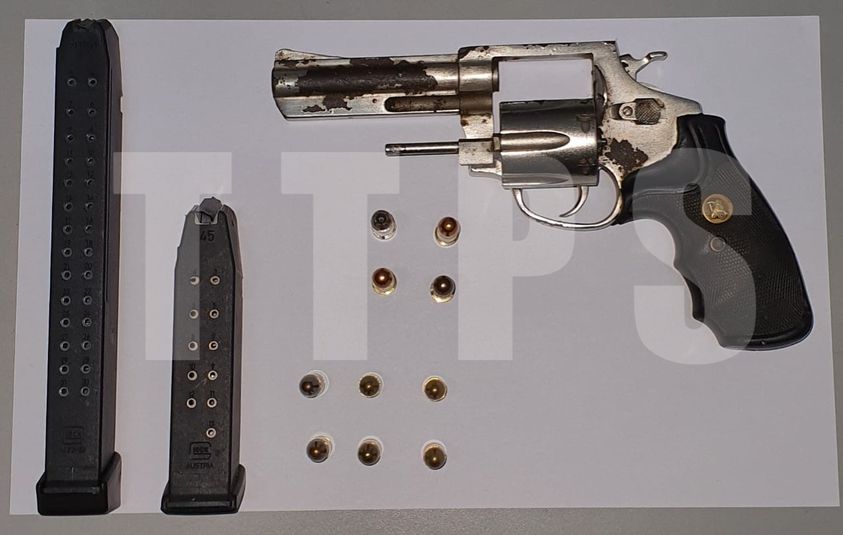 Police are asking anyone with information on the discovery of a revolver and a quantity of ammunition in the St Joseph district on Friday the 29th January to contact them immediately.

on Friday evening, officers of the Northern Division Task Force West (NDTFW) were conducting crime suppression exercises when they received a tip about an illegal weapon in the St. John community.

NDTFW officers proceeded to Basanta Trace, St. John, St. Augustine, where they executed a search in a grassy area. There, the officers found and seized a silver and black revolver containing four rounds of .38 ammunition in a black plastic bag.

Anyone with information that can lead to the arrest of the owner of these items is strongly urged to contact the NDTFW at 645-9294 or the police hotline 555, or report anonymously via CRIME STOPPERS at 800-TIPS or the TTPS’ App or Website