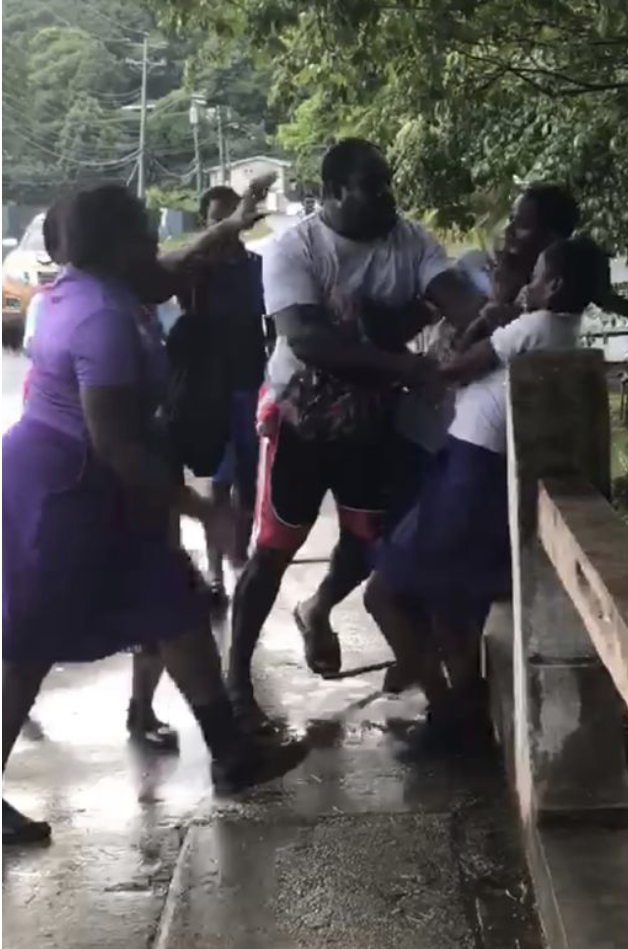 A video has surfaced on social media showing a father assaulting a student who struck his daughter. The video has gone viral with many condemning the actions of the father.

Based on voices heard in the video, it seems the man’s daughter – dressed in purple – was accused of hitting another girl. When the girl in purple asked for an explanation, the other girl, instead, hit her and she retaliated by fighting back. The girl’s father who was nearby intervened, eventually. The event occurred in Roxborough, Tobago.

Take a look at the video below.

Man ordered to hold sign saying “Thou Shall Not Steal” 0