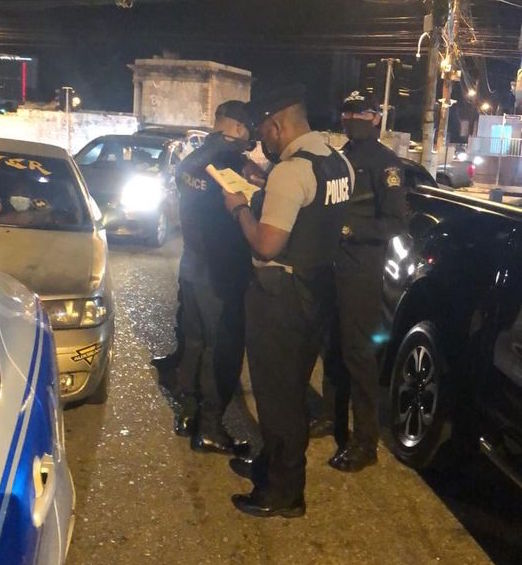 Police issue 116 tickets for not wearing face masks in POS

Officers of the Port-of-Spain Division issued 116 fixed penalty notices for failure to wear a face mask, in accordance with the Public Health Ordinance Regulations.

A roving stop and search exercise was also carried out at several locations in the Woodbrook Police district during the period 7.30 pm and 11 pm, where attention was paid to businesses, restaurants and bars with regard to COVID-19 protocols. Officers issued 28 Fixed Penalty Notices for Failure to Wear A Face Mask and several persons were cautioned about the COVID-19 regulations and guidelines.